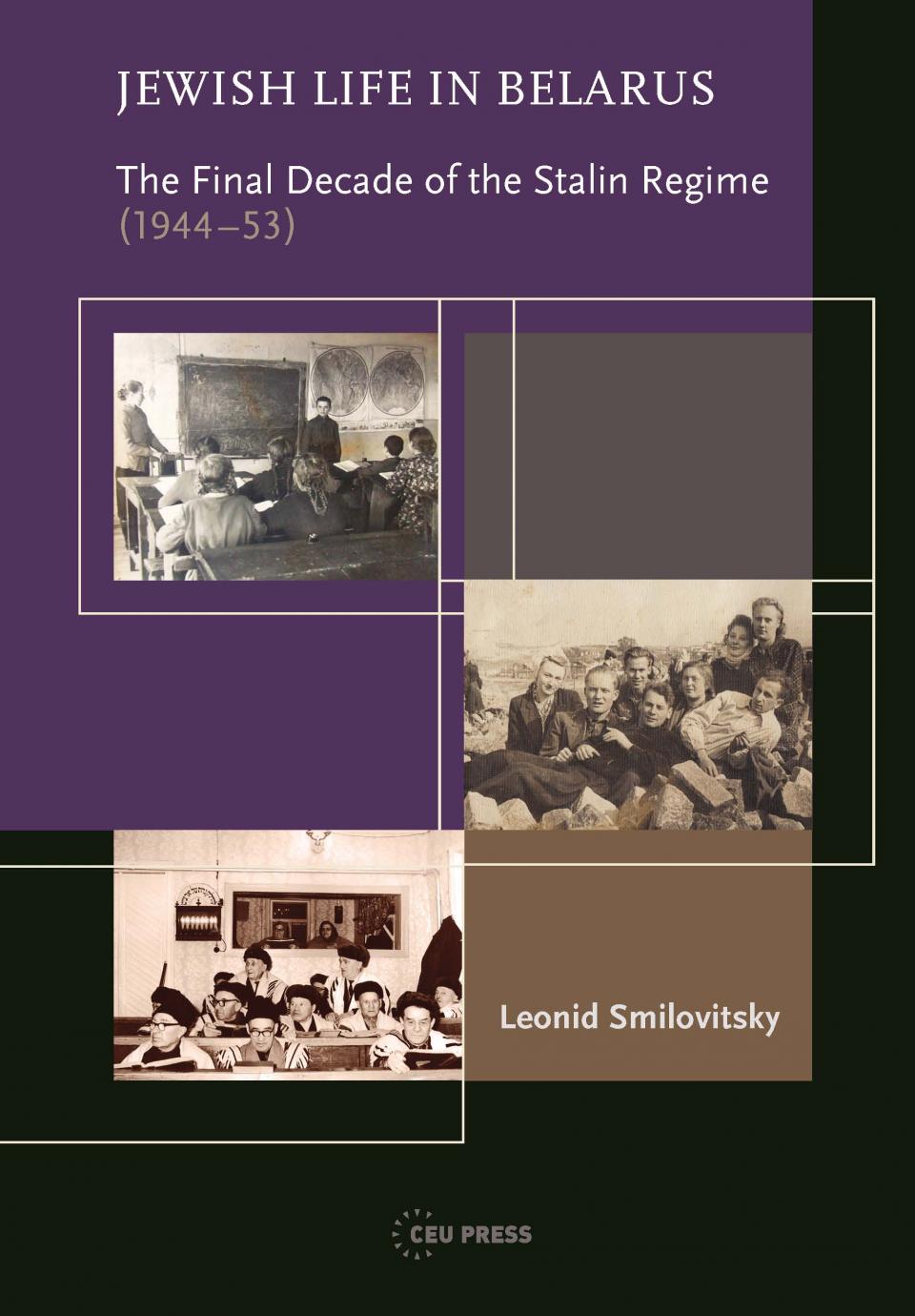 Jewish life in Belarus in the years after World War II was long an enigma. Officially it was held to be as being non-existent, and in the ideological atmosphere of the time research on the matter was impossible. Jewish community life had been wiped out by the Nazis, and information on its revival was suppressed by the communists. For more than half a century the truth about Jewish life during this period was sealed in inaccessible archives. The Jews of Belarus preferred to keep silent rather than expose themselves to the animosity of the authorities. Although the fate of Belarusian Jews before and during the war has now been amply studied, this book is one of the first attempts to study Jewish life in Belarus during the last decade of Stalin's rule.

In addition to archival materials, the present research is based on a questionnaire submitted to former residents of Belarus in Israel, as well as information from periodicals, collections of documents, statistical reports and monographs.

Introduction: Belorussian Jewry Prior to 1917 and Until World War II

4 Religious Life
The Sabbath, the Jewish Holidays, and the Problem of Matzot for Passover
The Shtiebel, the Mikveh, and the Cemetery
Kashrut, Circumcision, Jewish Weddings, and the Giving of Charity
Religious Officiants

7 Jews in the Reconstruction of the Economy and Cultural Lifepolitic
In Administration, the Economy, and Science
In Secondary and Higher Education

"For many years, historians largely assumed that the Jews who survived the war either sought complete assimilation into Soviet society or were too cowed by governmental persecution to assert their Jewish identities. Only a few brave refuseniks and dissidents continued to identify as Jews. Newer research, however, has shown that at least outside of Moscow and St. Petersburg, ordinary Soviet citizens of Jewish heritage continued to express their Jewish identities in the decades after the war in a variety of ways. Smilovitsky’s book adds to our understanding of how Jews presented themselves in postwar Belarus. The book is a useful resource for scholars of Eastern European Jewish life."

"This book amply documents the seemingly arbitrary and irrational antisemitism of the postwar regime at all levels. Officials fought hard not to return synagogue buildings to the Jewish community; cemeteries were routinely and blithely destroyed, and even turned into pig farms while their monuments were used to construct monuments to Lenin. Astonishingly, in the immediate aftermath of the war, Jews dominated some sectors of Belarusian society, though they were but 1.6 percent of the population. Smilovitsky shows that in 1946–1947, nearly two-thirds of the lecturers and professors in Belarus’ law schools were Jews, as were just about half of those in medical schools. Leonid Smilovitsky has brought to light the concrete ways in which state-sponsored, Stalinist antisemitism was implemented on all levels in the Belorussian Soviet Socialist Republic, just after the Jews of the area had been devastated by the great enemy of Stalin."

"The book reveals many unknown pages of Jewish life in Belarus in these years and illustrates various aspects of Soviet policy toward the Jewish population. Smilovitsky’s well-structured and well-edited book is a solid and important contribution to the history of the Jews in the Soviet Union. It is written in a scholarly popular style that makes it accessible to a wide audience. Smilovitsky makes extensive use of documentary sources from eleven libraries and archives. He provides clear arguments and conclusions in each chapter. In the appendix, the author reproduces important documents that can be used along with the book for teaching Soviet Jewish history. Hopefully other works that show the specifics of Jewish life in the different Soviet republics will follow this breakthrough research."

"Jewish Life in Belarus is an important contribution to the understanding of the multilayered shades and complexities of postwar Jewish life and identity under Stalin through a regional approach. The book examines Soviet policy toward the Jews, Judaism, and Jewish culture from 1944 to 1953 in the cities and towns of Belarus. It focuses on the regime’s attempt to supervise and restrict Jewish religious and cultural life and provides new evidence about the struggle that many Jews carried out as they strove to establish synagogues, keep the laws of kashrut, uphold Jewish rituals, and perpetuate the memory of the Holocaust and its victims. Exploring Jewish legal and underground religious institutions, private and public religious and cultural activities, Smilovitsky challenges the notion of a “silent” and submissive Jewry in the postwar years of Stalinism. By drawing on exceptional archival data—including documents from the Central Archives of the KGB of the Republic of Belarus and... more

"This book is important for scholars interested in the aftermath of the Holocaust in the Soviet Union. The author justly distinguishes between Sovietized Jews who had lived in the republic’s pre-1939 borders and “westerners”—former Polish citizens, who constituted a small portion of the total Jewish population of the republic, but played a disproportionally significant role in Jewish life. The author, originally from Minsk himself, thoughtfully used his intimate knowledge of the topography, history, and social fabric of Soviet Belarus. He accessed and quoted for the first time numerous documents from the Belarus state, party, and KGB archives of Minsk as well as of Gomel, Mogilev, and Brest, and this makes the monograph particularly valuable. A number of important documents related to religious life are published in the appendices. The book is a big step forward in the study of Belarus and Soviet Jewry."

"Leonid Smilovitsky in his deeply researched book searches for evidence of how Jewish religious institutions and rituals reemerge in such a war-torn place. And he finds it. The author depicts the acts of petitioning the state for the right to build synagogues, eat kosher food, tend Jewish cemeteries, and establish prayer quorums heroically, as elements of 'the self-sacrifice and devotion to his faith that characterized the observant Jew in postwar Belarus and his tenacity in continuing to practice his religion whatever the risks and consequences'. While Smilovitsky reads this as a romantic story about the tenacious Belarusian religious Jew, one might also read these efforts as expressions of the desire to find some semblance of dignity in difference in a ruined postwar Belarus. The war years had marked Jews for death, and now Jews came together as Jews in life. In documenting that, Smilovitsky shows how desperately Belarusian Jews wanted to maintain a public Jewish... more