Between the United States and the Soviet Union 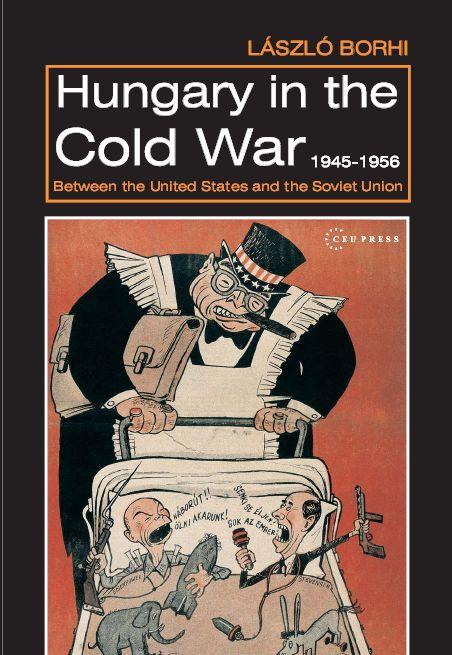 Based on new archival evidence, examines Soviet empire building in Hungary and the American response to it. Hungary was not important enough to resist the Soviets, its democratic opposition failed to win American sympathy, the US simply had no leverage over the Soviets, who sacrificed cooperation with the West for a closed sphere in Eastern Europe. The imposition of a Stalinist regime assured Hungary's unconditional loyalty to Soviet imperial needs. Unlike the GDR, Eastern Europe was never considered a bargaining chip for bettering relations with the West.

The book analyzes why, given all its idealism and power, the US failed even in its minimal aims concerning the states of Eastern Europe. Eventually both powers pursued power politics: the Soviets in a naked form, the US subtly, but both with little regard for the fate of Hungarians.

Acknowledgements
Introduction
CHAPTER I
We Do Not Wish to Move a Finger
CHAPTER II
The Myth of Democracy
CHAPTER III
The Communists Take Over
CHAPTER IV
The Merchants of the Kremlin
CHAPTER V
Empire by Coercion
CHAPTER VI
Containment, Rollback, Liberation or Inaction?
Conclusion
Bibliography
Index

"... a major contribution, as the author has explored very thoroughly not only the Hungarian but also the US, Russian, and French archives and nearly all the available sources... The main focus is the beginning, the period immediately following World War II... a good approach, for country studies based on cholarly sources are still quite scarce. Borhi is the first scholar to have provided a full, 360-degree picture of the ruinous consequences of the Soviet occupation on the Hungarian economy... an illuminating and insightful exploration of what Soviet rule in Eastern Europe was really about."

"Borhi opens the Hungarian archives for English readers and tells from a Hungarian perspective the familiar stories of the end of World War II, the imposition of the Soviet model on Eastern Europe, and the explosion of 1956. Not only does this yield new detail that considerably complicates the stark narrative of the Cold War years, but it also puts motivations and events in a new light."

"This monograph is a study of Hungary's political and economic history during the first decade of Soviet domination, which ended in the revolution of 23 October 1956. László Borhi perceives this era as bounded by acts of western perfidy... Borhi describes and analyzes this period expertly and his book is a valuable addition to Hungarian historiography."