A History of East European Jews 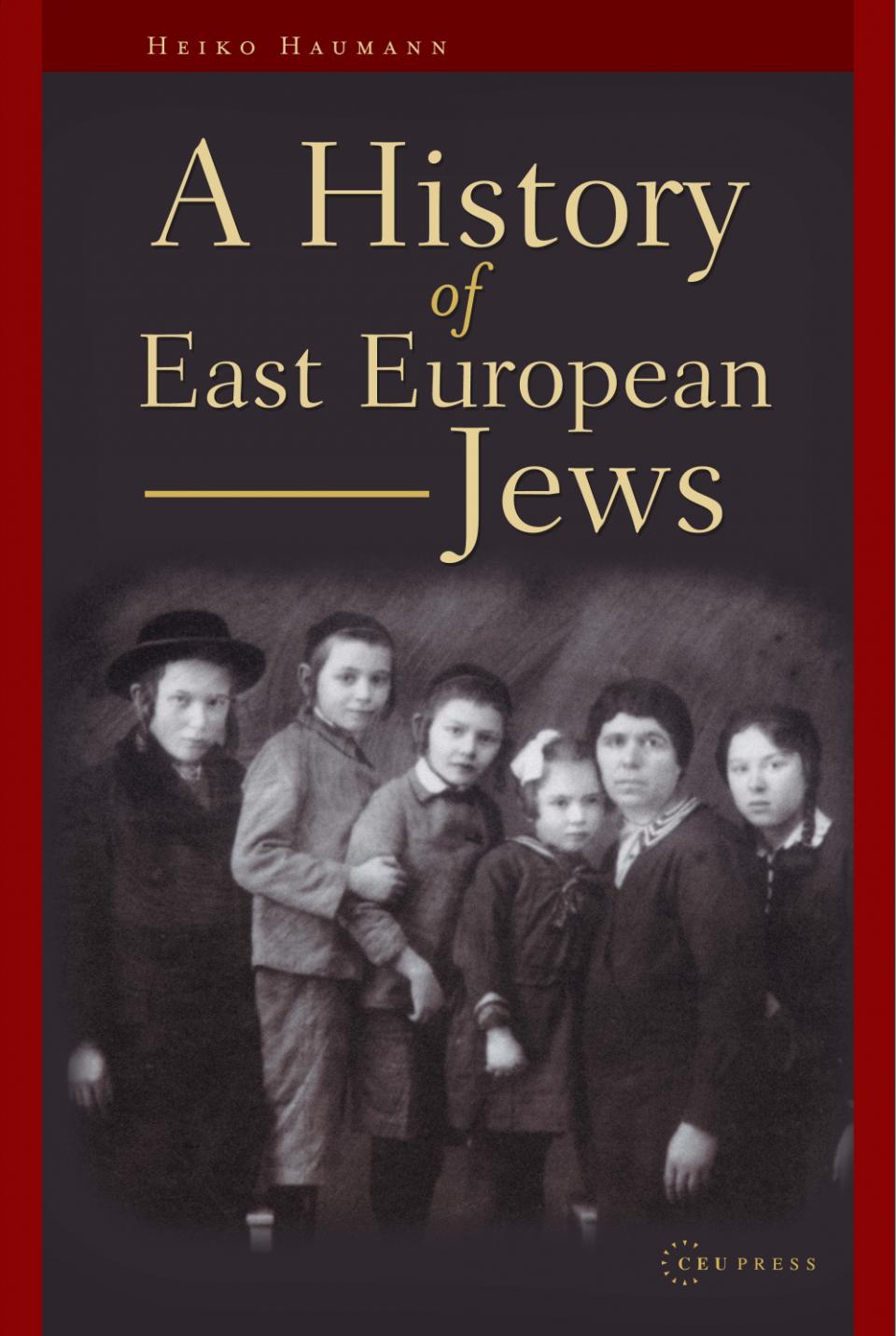 The origins and life of East European Jewry took on new historical and political importance after the Holocaust. Two thirds of European Jewry and about one third of the world's Jewish population were murdered by the Nazis. In Poland alone - 99 per cent of Polish Jews - three million in all were killed; Yiddish as a spoken language more or less disappeared. This volume presents a history of East European Jewry from its beginnings to the period after the Holocaust. It gives an overview of the demographic, political, socio-economic, religious and cultural conditions of Jewish communities in Poland, Russia, Bohemia and Moravia. The structure of the book is chronological: a 'history of events' description enriched with cultural elements.

Interesting themes include the story of early settlers, the 'Golden Age', the influence of the Kabbalah and Hasidism. Vivid portraits of Jewish family life and religious customs make the book enjoyable to read.

" I am an East European Jew [Ostjude], and our homeland lies wherever we have our dead.' So speaks the millionaire Henry Bloomfield in Joseph Roth's novel Hotel Savoy as he visits the grave of his father, Jechiel Blumenfeld. This sentence encompasses the entire history of the 'East European Jews' (sometimes referred to simply as Ostjuden). They are not simply 'the Jews in Eastern Europe'- although they developed there as a characteristic type - because they are scattered throughout the world. They have left behind their dead in many countries. Often, memory remained their only homeland."
- from the Foreword of the book

An easily readable introduction into a widely researched scholarly field, A History of East European Jews provides useful information for the educated and interested general reader. Further reading on the subject is stimulated by the work's extensive bibliography.

-PART I. POLAND AS A PLACE OF REFUGE FOR JEWS
-The Polish Princes’ Offer of Protection from Persecution
-The Opponents of the Jews
-Economic Success
-Social Structure and Self-administration of the Jews
-Learning and Culture
The Jews as Intermediaries between Town and Country
A Golden Age for the Jews in Poland?

-PART II. EAST EUROPEAN JEWRY AS A ‘CULTURAL PATTERN OF LIFE’ IN EASTERN EUROPE
-The Catastrophe of 1648
-The Consequences of the Catastrophe
-The Kabbala
-The Messiah in Poland: Shabtai Tsevi and Jacob Frank
-The Popular Piety of Hasidism
-The Origins of the Ostjuden
-The ‘Shtetl’
-Contacts between Jews and Non-Jews: Jewish Peddlers and Innkeepers
-The Symbiosis Diminishes
-Jews in the Partitions of Poland
-The Reaction of the Jews to the New Political, Intellectual, and Religious Conditions
-The Tsarist Empire and the Jews
-East European Jews outside Tsarist Rule

-PART III. THE CRISIS OF THE JEWS IN EASTERN EUROPE AND A NEW IDENTITY
-Transformation of the Traditional Intermediary Function
-‘Expulsion’ and ‘Restructuring
-Luftmenshn
-Transformation of the Occupational Structure and New
-Intermediary Activities
-Competition to Oust Rivals from the Market and Anti-Semitism
-Haskala: The Jewish Enlightenment
-Assimilation and Acculturation
-Necktied’ and ‘Kaftaned’ Jews
-By Way of an Example: Jews in Warsaw and Łódź
-The Jewish Family
-Men and Women in Jewish Society
-Jewish Upbringing
-Everyday Religious Customs
-Synagogue and Community Organizations
-Increasing Conflicts with the Non-Jewish World
-Socialism, Zionism, New Jewish Identity
-Immigration as an Attempt to Find a New Homeland
-A Center of East European Jewry: Galicia and Bukovina
-A Positive Model with Contradictions: Hungary
-Different Attitudes to the Emancipation of the Jews in Romania, Serbia, and Bulgaria
-A ‘Ritual Murder’: The Case of Bohemia and Moravia

-PART IV. ATTEMPTED ANNIHILATION AND NEW HOPE
-The Jews in the Russian Revolution and in the Soviet Union
-East European Jewish Nationality and New Waves of Anti-Semitism: The Jews in Poland between the Two World Wars
-A Precarious Situation in Individual East European Countries
-The Attempted Extermination of the Jews
-The Jews in Postwar Poland: New Suffering and New Hope

"Haumann is a well-known specialist in eastern European Jewish history who teaches at the University of Basel. His popular one volume history of east European Jewry appeared in two editions in German and it has also been translated into a number of languages. ... a very readable general introduction to east European Jewish life and culture."