European Émigrés Who Made Capitalist Culture in America, 1918–1968 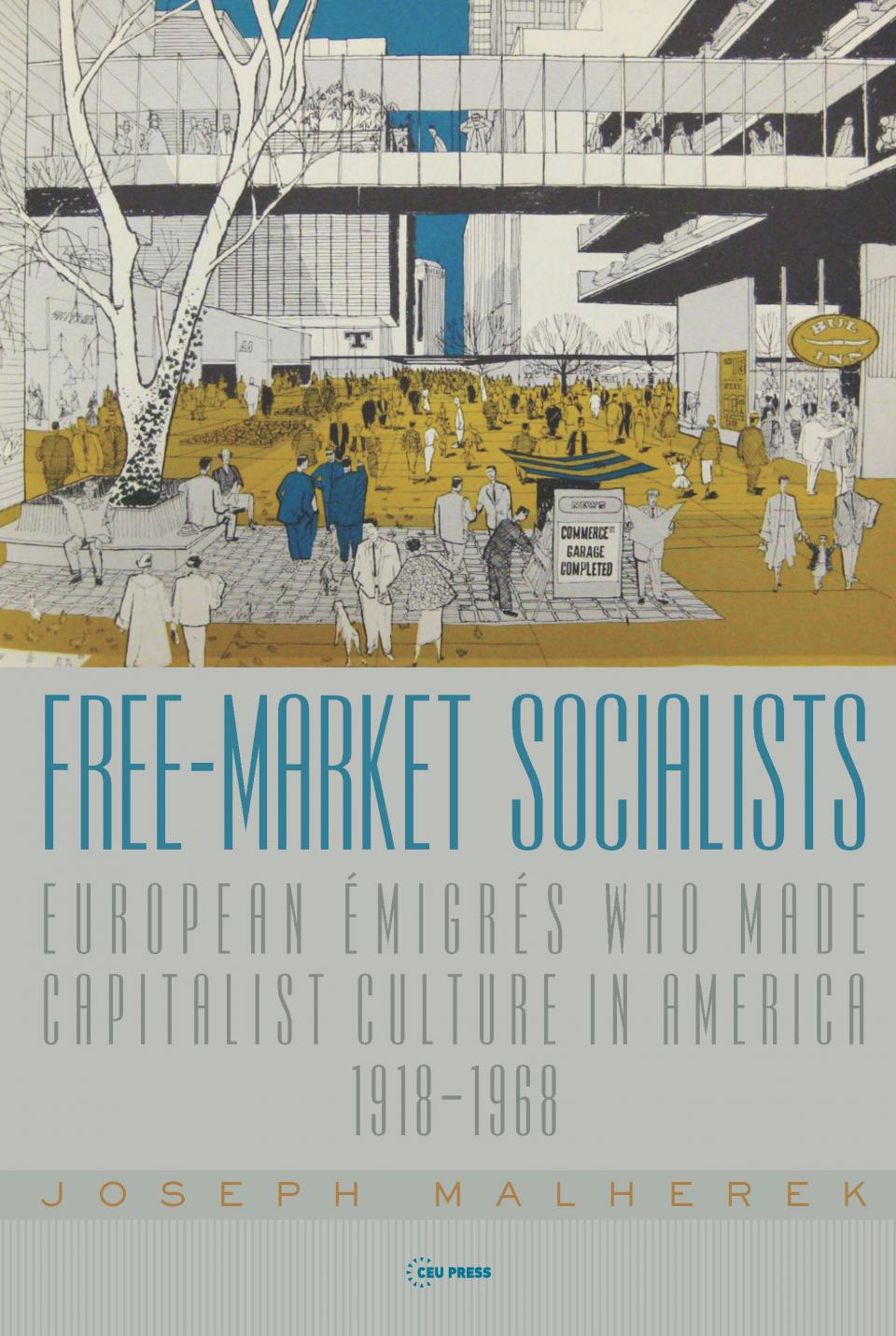 The Hungarian artist-designer László Moholy-Nagy, the Austrian sociologist Paul Lazarsfeld, and his fellow Viennese Victor Gruen—an architect and urban planner—made careers in different fields. Yet they shared common socialist politics, Jewish backgrounds, and experience as refugees from the Nazis. This book tells the story of their intellectual migration from Central Europe to the United States, beginning with the collapse of the Habsburg Empire, and moving through the heady years of newly independent social-democratic republics before the descent into fascism. It follows their experience of exile and adaptation in a new country, and culminates with a surprising outcome of socialist thinking: the opening of the first fully enclosed, air-conditioned suburban shopping center in the United States. Although the American culture they encountered ostensibly celebrated entrepreneurial individualism and capitalistic “free enterprise,” Moholy-Nagy, Lazarsfeld, and Gruen arrived at a time of the progressive economic reforms of the New Deal and an extraordinary open-mindedness about social democracy. This period of unprecedented economic experimentation nurtured a business climate that, for the most part, did not stifle the émigrés’ socialist idealism but rather channeled it as the source of creative solutions to the practical problems of industrial design, urban planning, and consumer behavior.

Based on a vast array of original sources, Malherek interweaves the biographies of these three remarkable personalities and those of their wives, colleagues, and friends with whom they collaborated on innovative projects that would shape the material environment and consumer culture of their adopted home. The result is a narrative of immigration and adaptation that challenges the crude binary of capitalism and socialism with a story of creative economic hybridization.

II. Exile and Underground
Chapter 4. The Art of Asking “Why?”: Lazarsfeld in America
Chapter 5. Little Dictators, Little Theaters, Little Shops: Street Commerce and Underground Socialism in Vienna before the Anschluss
Chapter 6. Design for the Future: From London to Chicago

IV. Making Postwar America
Chapter 10. The Focused Interview becomes the “Focus Group”: Lazarsfeld and Market Research
Chapter 11. A Downtown for the Suburbs: Gruen and the Shopping Center
Chapter 12. Moholy’s Death and the Afterlife of the Bauhaus

“Joseph Malherek has written a marvelous intellectual and cultural history that traces the seemingly improbable linkages between the socialist ideals that flourished in Red Vienna and the consumer culture that reached its 20th-century apogee in post-World War II America. Among the many connections he illuminates, Malherek shows that without the remarkable influence of emigré socialists like Paul Lazarsfeld and Victor Gruen neither the shopping center, a planned, collaborative, commercial community, nor the marketing survey, which had its origins in socialist studies of class stratification, would have achieved their characteristic American form and pervasiveness.”