Eurasian Integration and the Russian World

Regionalism as an Identitary Enterprise 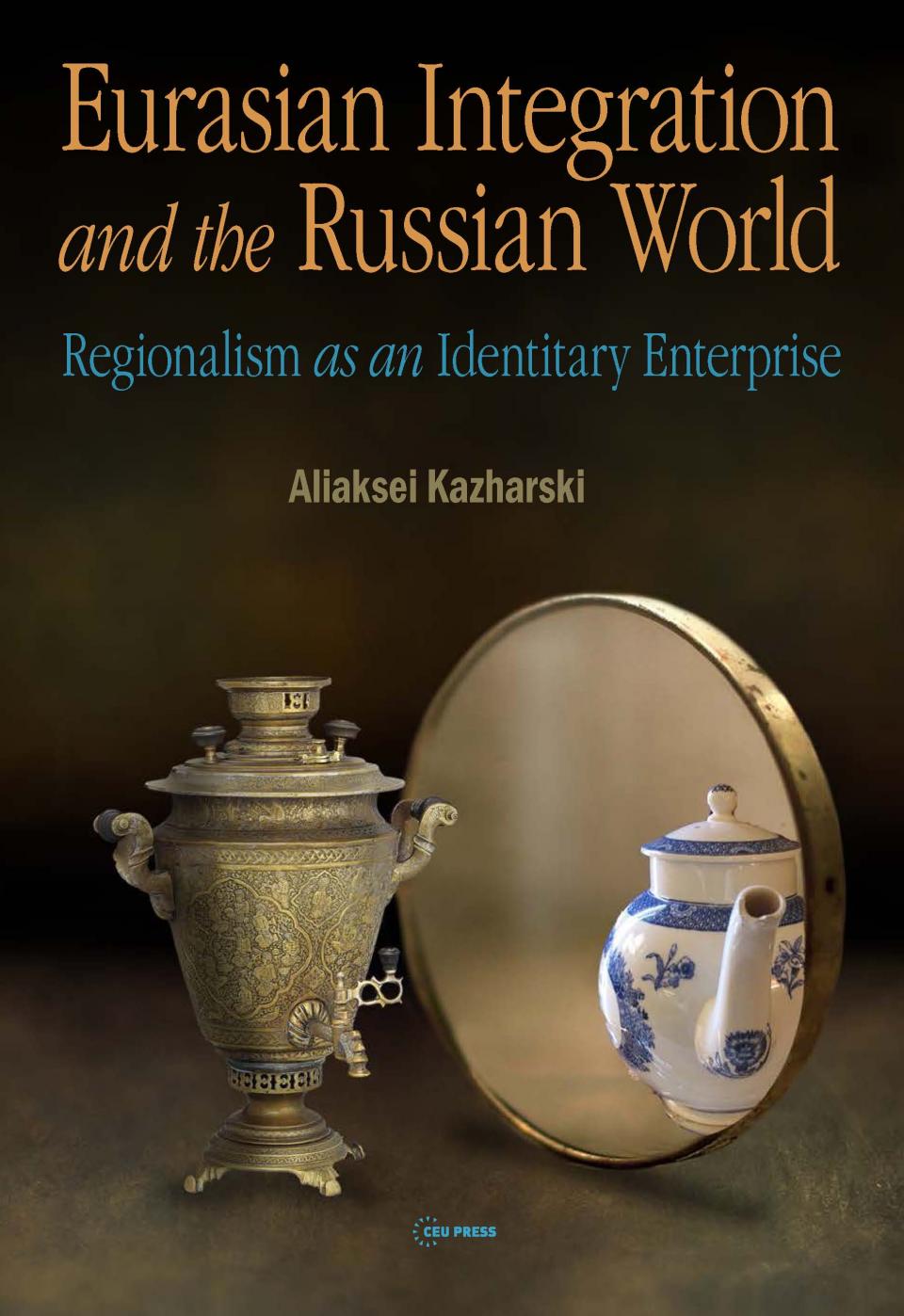 Russian discourses of regionalism are examined as a source of identity construction practices for the country's political and intellectual establishment. The overall purpose of the monograph is to demonstrate that, contrary to some assumptions, the transition trajectory of post-Soviet Russia has not been towards a liberal democratic nation state that intended to emulate Western political and normative standards. Instead, its foreign policy discourses have been constructing Russia as a supranational community which transcends Russia's current legally established borders.

The study undertakes a systematic and comprehensive survey of Russian official (authorities) and semi-official (establishment affiliated think tanks) discourse for a period of seven years between 2007 and 2013. This exercise demonstrates how Russia is being constructed as a supranational entity through its discourses of cultural and economic regionalism. These discourses associate closely with the political project of Eurasian economic integration and the “Russian world” and “Russian civilization” doctrines. Both ideologies, the geoeconomic and culturalist, have gained prominence in the post-Crimean environment. The analysis tracks down how these identitary concepts crystallized in Russia's foreign policies discourses beginning from Vladimir Putin's second term in power.

Acknowledment
Foreword by Viatcheslav Morozov
Introduction
Chapter 1. Regionalism as a Russian Identity-Building Project
Chapter 2. The Post-Soviet as Postmodern? Theorizing Identitary Discourses in Russia
Chapter 3. The Language of Civilizations in Post-Soviet Russia
Chapter 4. A "Russian Civilization": Constructing Unity across Fragmentation
Chapter 5. Cultural Regionalism as a Non-Western Model of Global Order
Chapter 6. Toward a "Eurasian Union"? Economic Regionalism and Reconstitution of Russian Identity
Chapter 7. Eurasian Regionalism and the European Union: New Uses for the Old Other
Conclusion
References

"This books is a valuable contribution to the widely studied yet contentious topic of identity politics and foreign policy in Russia. It analyses the cultural–civilisational and economic facets of Russian identity, both of which arguably go beyond Russia’s state borders and are necessarily discursively constructed vis-à-vis the Western ‘other’. The book contends that Eurasianism as a civilisational notion and Eurasian economic institutions are manifestations of Russia’s identitary enterprise. Such an explanation of Russian identity is presented as a correction to what the author calls a flawed Western-centric and instrumentalist explanation of Russia as (yet another) Westphalian state pursuing its national interests. Instead, the book examines the ‘Russian reality’, according to which Russia is a community with a supranational identity that presides over its own geographically overlapping civilisational and economic ‘worlds’."
https://www.tandfonline.com/doi/full/10.1080/09668136.2021.1951007

"Notwithstanding the differences between the two regionalist discourses, the book highlights 'the paramount role' of the West in Russia’s identity-construction process. Russia’s relations with the West are embedded in both the cultural and the economic regionalist discourses. The West is constructed as Russia’s Other, while identity-formation discourses are simultaneously produced in a nexus with Western vocabulary or Western models of integration. As a result, the West remains the nodal point as well as an inspirational source for Russia’s identity-building practices. This interdependence arguably makes interaction imperative. Going against the mainstream interpretations of Russia’s conduct, Kazharski’s valuable contribution thus invites us to ask whether isolation from the West is inevitably Russia’s destiny. Or other destinies might be possible instead."

"The book illuminates some essential aspects of Putin’s political project and its hegemonic success. Moreover, it allows us to get away from an analysis of modern Russia based on Putin’s self-image as the strong man exercising sovereign power in a sort of permanent state of exception because it shows that the image is the effect of a hegemonic project relying on the consent of a range of actors, institutions and agencies."

"Kazharski’s discussion of the 'nation as civilization' provides a valuable addition to the large body of literature on how to understand the Russian nation—as an ethnocultural, civic, or imperial community. He demonstrates how ideas and concepts migrated from semi-official discourse to become a staple of the official discourse... Kazharski has delivered a solid and valuable contribution to our comprehension of the evolving understanding of 'Russianness'.”