Enemies for a Day

Antisemitism and Anti-Jewish Violence in Lithuania under the Tsars 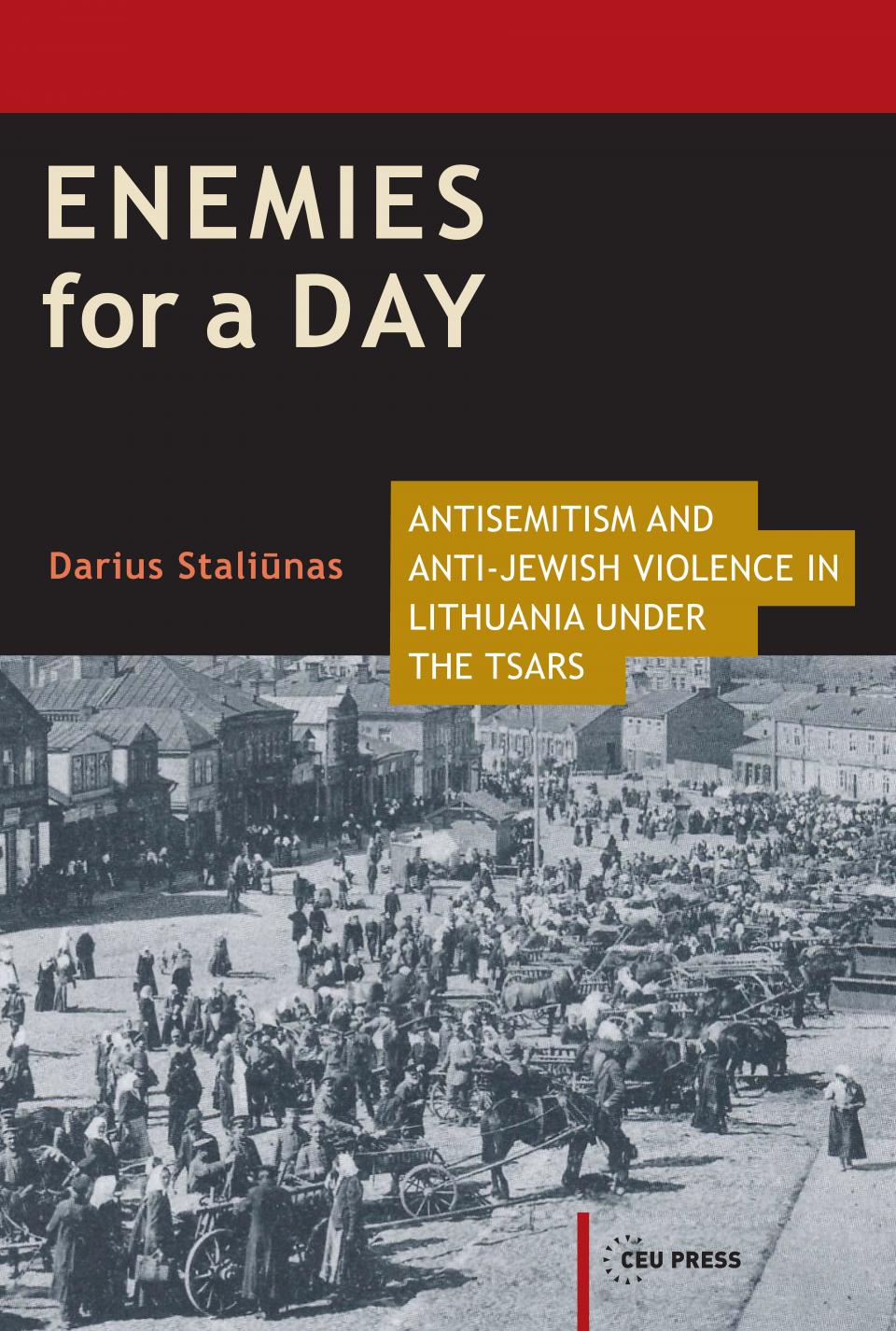 This book explores anti-Jewish violence in Russian-ruled Lithuania. It begins by illustrating how widespread anti-Jewish feelings were among the Christian population in 19th century, focusing on blood libel accusations as well as describing the role of modern antisemitism. Secondly, it tries to identify the structural preconditions as well as specific triggers that turned anti-Jewish feelings into collective violence and analyzes the nature of this violence. Lastly, pogroms in Lithuania are compared to anti-Jewish violence in other regions of the Russian Empire (especially Belarus), and East Galicia.

This research is inspired by the cultural turn in social sciences, an approach that assumes that violence is filled with meaning, which is “culturally constructed, discursively mediated, symbolically saturated, and ritually regulated.” The author argues that pogroms in Lithuania instead followed a communal pattern of ethnic violence and was very different from deadly pogroms in other parts of the Russian Empire.

Preface and Acknowledgments
List of Abbreviations
Introduction
1 | The Blood Libel in Nineteenth-Century Lithuania
2 | Antisemitism in Lithuania
3 | Lithuania during the “Storms in the South” (Early 1880s)
4 | How Insulted Religious Feelings Turned into Pogroms: Lithuania in 1900
5 | Antisemitic Tensions and Pogroms in the Late Imperial Period
6 | Comparative Perspective
Conclusion
Bibliography
Index

"This book makes a valuable contribution to our knowledge of the roots of Lithuanian antisemitism. Enemies for a Day is recommended for anyone interested in the history of Jews in Eastern Europe and the study of ethnic relations and violence."

"This book is the first sustained and systematic study of pogroms in Tsarist Lithuania. Geographically, the book focuses on Lithuania understood in the 'ethnic' sense, that is, as the territory roughly coextensive with the modern state of Lithuania (rather than the early modern Grand Duchy of Lithuania). Temporally, it covers the long nineteenth century, though the focus is primarily on the period between the 1880s and the First World War - the time when most pogroms in Lithuania took place. Staliūnas has done an admirable job bringing to light a previously unexamined and important historical problem. His use of sources (Yiddish, Hebrew, Lithuanian, Polish, Russian, and Belarusian), attention to detail, and judicious analysis are most impressive."

"The author describes little-known pogroms and disturbances in rural Lithuania, using first-hand accounts, rare documents, newspapers and memoirs in five languages (Lithuanian, Polish, Russian, Hebrew and Yiddish). With this material, Professor Staliūnas tries to reconstruct why a pogrom started, what actually occurred, and retrieve the various reactions at the time.I liked this book a great deal... It doesn’t offer a new vision of pogroms, but it does ask for more careful examination of the pogrom contexts, including the identities of agents and victims... It is a fine study that can serve as a model for historians of pogroms."

"Darius Staliunas' comprehensive, original and thoughtful research is an essential contribution to the current literature on Lithuanian-Jewish relations and on the social, political, economic and cultural processes that occurred in the northwestern provinces of the Russian Empire. It is recommended to all those seeking to understand the complexity of interreligious and interethnic relations in the late imperial period."