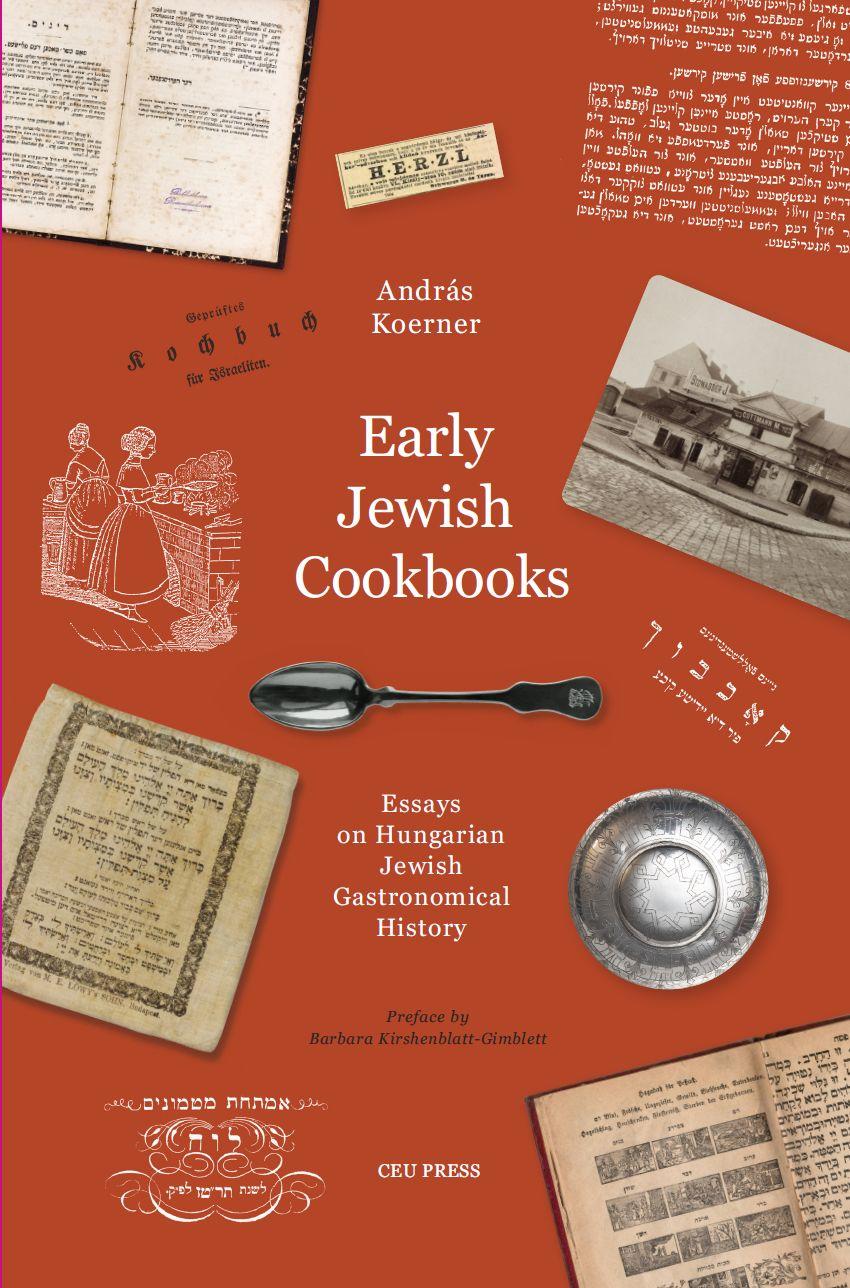 The seven essays in this volume focus on such previously unexplored subjects as the world’s first cookbook printed in Hebrew letters, published in 1854, and a wonderful 19th-century Jewish cookbook, which in addition to its Hungarian edition was also published in Dutch in Rotterdam. The author entertainingly reconstructs the history of bólesz, a legendary yeast pastry that was the specialty of a famous, but long defunct Jewish coffeehouse in Pest, and includes the modernized recipe of this distant relative of cinnamon rolls. Koerner also tells the history of the first Jewish bookstore in Hungary (founded as early as in 1765!) and examines the influence of Jewish cuisine on non-Jewish food.

In this volume András Koerner explores key issues of Hungarian Jewish culinary culture in greater detail and more scholarly manner than what space restrictions permitted in his previous work Jewish Cuisine in Hungary, also published by CEU Press, which received the prestigious National Jewish Book Award in 2019. The current essays confirm the extent to which Hungarian Jewry was part of the Jewish life and culture of the Central European region before their almost total language shift by the turn of the 20th century.

“Koerner brings great intellectual imagination to the study of culinary culture. He not only teases out the web of relations that connects these nineteenth-century cookbooks to one another, recipe by recipe, but also examines the circumstances of their authorship, publication, marketing and distribution, the intended and actual readers, and the language in which they were written. He has produced a study of extraordinary depth and a landmark account of Jewish cookbooks anywhere at any time.” —Excerpt from the Preface by Barbara Kirshenblatt-Gimblett

"Readers familiar with the work of András Koerner, whose encyclopedic Jewish Cuisine in Hungary won the National Jewish Book Award in 2019, might wonder if the author has exhausted his topic. But with Early Jewish Cookbooks, Koerner proves there’s always room for more. In eight essays he homes in on Jewish recipes and cookbooks in nineteenth century Europe, especially Hungary. After all, Hungary’s first Jewish cookbook was only the third to be published anywhere in the world; and throughout the nineteenth century, Hungary remained a leading publisher of Jewish cookbooks. András Koerner may have come late to his calling as a culinary historian, but now he’s leaving us hungry for more."
https://www.jewishbookcouncil.org/book/early-jewish-cookbooks-essays-on-hungaria…

"It's not often that I read a book with a title such as this for pleasure, but it was the unexpected bonus. András Koerner has written several books (in English) on Jewish life in Hungary, including the prizewinning Jewish Cuisine in Hungary (CEU Press/Corvina, 2019). The present volume, introduced most intelligently by Barbara Kirshenblatt-Gimblett, looks not only at the early Jewish cookbooks written in Hungary but also addresses the wider question of the interpenetration of Jewish recipes and what might be called indigenous European cuisine. There is plenty chew on. Each of his chapters boasts a recipe appendix, so the enthusiastic can experiment. An admirable piece of work."

"Bólesz, Koerner explains, dates back to Sephardic Jews who fled to Holland following the Spanish Inquisition. 'It represents one of the very few instances of Sephardic influence in the overwhelmingly Ashkenazi character of Hungarian Jewish cuisine,' Koerner said. Before the COVID-19 pandemic, Koerner returned from New York City, where he currently lives, to his hometown of Budapest two or three times a year to visit his brother and sister and to do research for his books. The English translation Early Jewish Cookbooks: Essays on the History of Hungarian Jewish Gastronomy hits shelves this summer."
https://www.tabletmag.com/sections/food/articles/putting-jewish-food-in-context-…