Discourses of Collective Identity in Central and Southeast Europe (1770–1945) 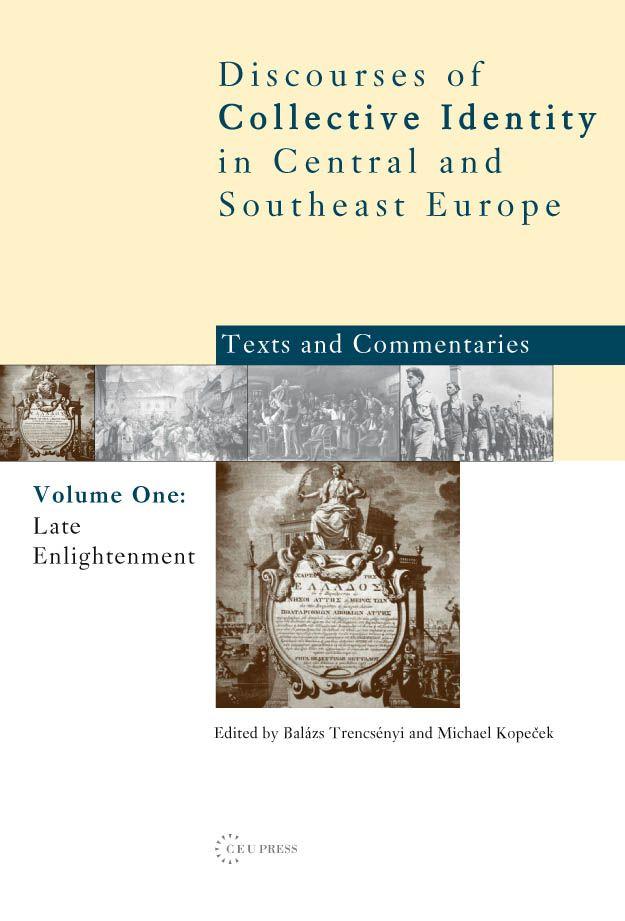 This series, a daring project by CEU Press, presents the most important texts that triggered and shaped the processes of nation-building in the many countries of Central and Southeast Europe. The series brings together scholars from Austria, Albania, Bosnia-Herzegovina, Bulgaria, Croatia, the Czech Republic, Greece, Hungary, the Republic of Macedonia, Poland, Romania, Serbia and Montenegro, Slovakia, Slovenia and Turkey. The editors have created a new interpretative synthesis that challenges the self-centered and "isolationist" historical narratives and educational canons prevalent in the region, in the spirit of "coming to terms with the past."
The main aim of the venture is to confront 'mainstream' and seemingly successful nationaldiscourses with each other, thus creating a space for analyzing those narratives of identity which became institutionalized as "national canons." The series will broaden the field of possible comparisons of the respective national cultures.
Each text is accompanied by a presentation of the author, and by an analysis of the context in which the respective text was born.