Jews in Bohemia between the Enlightenment and the Shoah 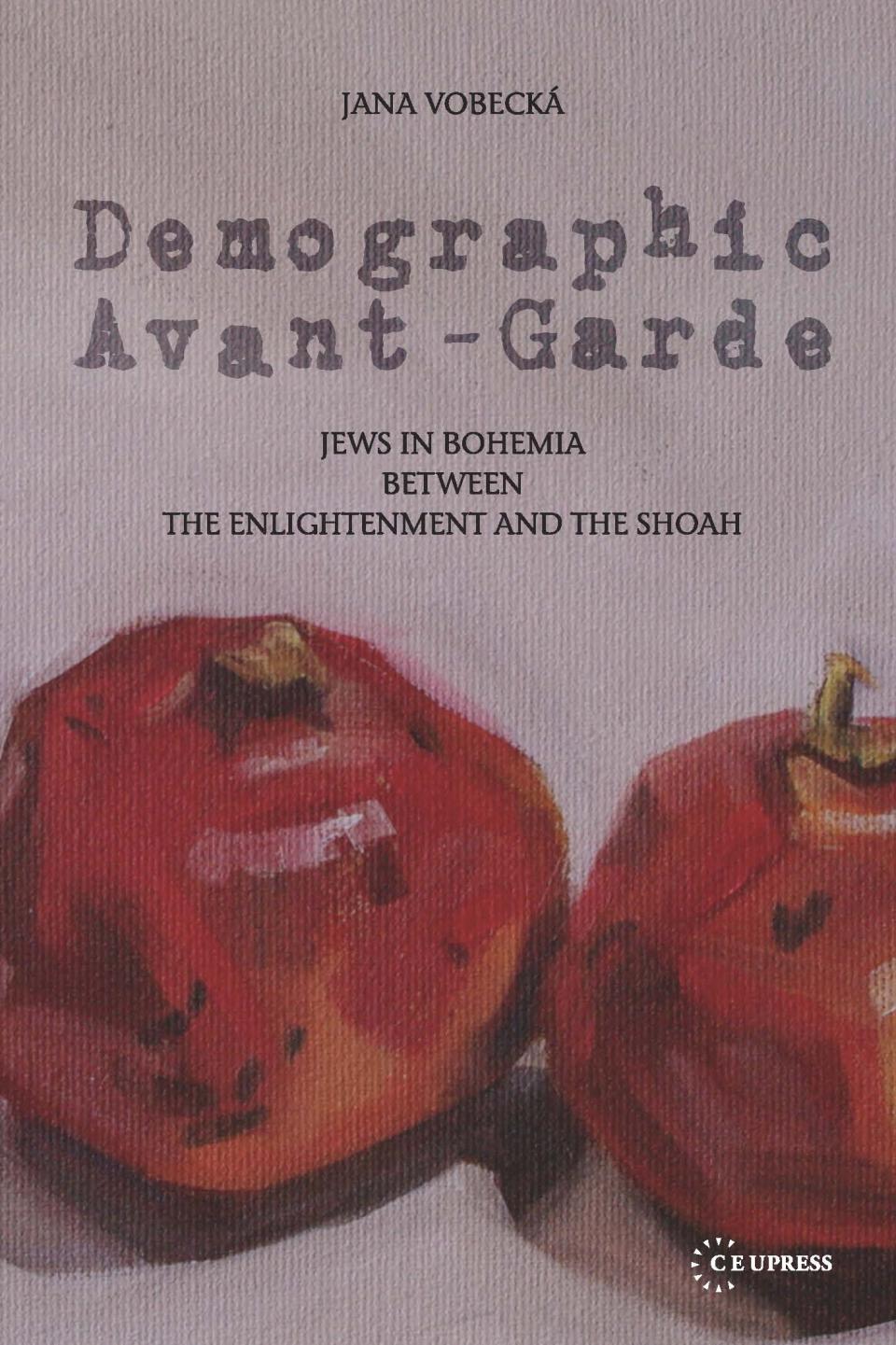 This book studies the unique demographic behavior of Jews in Bohemia (the historic name of  Czechia), starting from a moment in history when industrialization in Central Europe was still far away in the future, and when Jews were still living legally restricted lives in ghettos. Very early on, however, from the 18th century onwards, Jews developed patterns of decreasing mortality and fertility that was not observed among the gentile majority in Bohemia; patterns which established them as a demographic avant-garde population in all of Europe.

Demographic Avant-Garde elucidates what made Jews in Bohemia true forerunners of the demographic transition and why this occurred when it did. It scrutinizes demographic statistics from the mid-eighteenth to the mid-twentieth century, and examines what made Bohemian Jews’ data distinct from the trends observed in the gentile community and among Jews in other lands. In search for the answers, Vobecká’s analysis touches also upon the cultural, social, political and economic environment.

Part 1. The Concept of a Demographic Avant-Garde: Three Keys 1

Part 2. Jewish Population Development in Bohemia: Trends and Transitions from the Mid-Eighteenth to the Mid-Twentieth Century

Part 3. Social and Economic Characteristics of Jews in Bohemia

"This well-researched study addresses a major issue in modern demographic history: how and why the transition from the general pattern of high fertility and high mortality to much lower rates of fertility and mortality occurred first in European societies. The author finds in the Bohemian Jews a well-documented example of the early onset of the modern demographic transition among a culturally, and socially distinct population, which allows for a deeper history in the Kingdom of Bohemia. This is an ambitious study, covering a longer time span than many other works in historical demography, and it brings into the discussion a broader social and cultural context."

"This is an important book in demographic history. It contains a rich description and detailed analysis of the demographic and social development of the Jewish population of Bohemia, placed in historical context and using comparative materials. The analysis documents how the Jewish community is an illustration of a population in the forefront of social demographic change and transformation. The argument is persuasive, the data are carefully analyzed, and the detailed evidence meticulously organized. The book is a definitive work in Jewish population studies and in the demographic history of an important area of the world from the middle of the 18 th to the 20th centuries. It places the study of changes in one religio/ethnic population in the broader context of more general national and international population changes in a period of critical social and demographic transitions. More than a thorough analysis of demographic processes, the author links these population processes with... more

"A ground-breaking work of demographic and social history based on a painstaking combing of archival material, careful quantitative analysis, and originality of argument. Demographic Avant-Garde changes our understanding of Jewish life in the Bohemian lands in fundamental ways and will be required reading for serious students of the modern Jewish experience.”

"Vobecká meticulously points out the different demographic trends within the Jewish population and compares them with the developments in other populations in Bohemia as well as with the Jewish populations in the other parts of the Hapsburg monarchy and later Czechoslovakia. The text of Demographic Avant-Garde is accompanied by a large number of important charts and statistics that will be of use to anybody interested in the history of the Jewish community in Bohemia and Central Europe. Vobecká presents a neat and compelling study that addresses the important issue of the Jewish demographic transitions from the mideighteenth century until the late 1930s. Her explanation of the Jewish demographic avantgarde in the Bohemian lands is persuasive, and we should commend her for this scholarly achievement."

"Jews in Central-Western Europe were among the extraordinary forerunners of a demographic transition from high to low levels of deaths and births that radically changed the known models of population growth, size and structure. These selective new patterns of population survival and reproduction gradually expanded to the rest of European societies, and eventually to the near totality of humankind. This study by Jana Vobecka skillfully explores how and why it all began in Bohemia, and delineates the cultural, political, social and economic determinants and consequences of a demographic transformation that greatly affected Jewish history and European society."

"... a very important contribution not only to demographic history and historical sociology but also to the study of the history of Jews in Bohemia. … Vobecka brings masses of quantitative data in the book in the form of tables and statistical appendices. It is difficult to imagine any future research on Jewish society in Bohemia that does not make intensive use of these materials and it is doubtful that there is much more to add in this area. However, one of the best indications of first class research is that it raises as many questions as it answers – and this fine study is no exception. … Demographic Avant-Garde… is an extremely stimulating contribution (that) illuminates a key demographic transition in an original and very well documented manner and simultaneously redraws the history of Bohemian Jewry with a finely delineated description of the manifold changes it underwent.”

"This book is an important case study in historical demography with broader signifi cance for current debates about population dynamics in the contemporary world, both 'developed' and 'developing.' Making excellent use of solid demographic statistics from the mid-eighteenth century onward, Jana Vobecká carefully reconstructs the past demographic, socioeconomic, and political worlds of Jews in Bohemia, from the time of their legal segregation in urban ghettos and rural settlements scattered across the Czech lands to the time of a largely successful Jewish integration into the broader Czech- and German-speaking gentile population of interwar Czechoslovakia. The book is written clearly and should be easily understood even by those who find a large number of figures, tables, and graphs challenging to absorb. It is an important study that should be of interest to historians, demographers, and other social scientists."

“Vobecka not only succeeds in inviting scholars from other disciplines into ‘our’ demographic world, but also clearly sets out just why her history of Bohemian Jews is so important to our own understanding of the demographic transition(s). … This is clearly a very important book … a seminal, foundation text within both the canon of Central European historical demography, and that of Jewish populations as a whole. … Basically, historical demography needs more work like Vobecka’s book. More work which, through a careful reconstruction of past times, can help us to better understand how we have got where we are today. More work which informs a theoretical understanding of demographic change. More work which is brave in both temporal and spatial scope. More work that tries to explicitly speaks to contemporary demography. I wonder if, ultimately, this could be the biggest contribution of this book.”

In the social sciences we learn most when studying different population sub-groups, over time . By looking at the demographic evolution of the Bohemian Jews over more than two centuries, Jana Vobecká’s book makes an important contribution to our general understanding of the drivers of demographic transition. It nicely complements earlier studies in the context of the Princeton European Fertility Project, which could not identify such distinct sub-populations. In my reading of this important book, the higher education of Jews was a key reason for their earlier and faster demographic transition.