Czechoslovak Diplomacy and the Gulag

Deportation of Czechoslovak Citizens to the USSR and the Negotiation for their Repatriation, 1945-1953 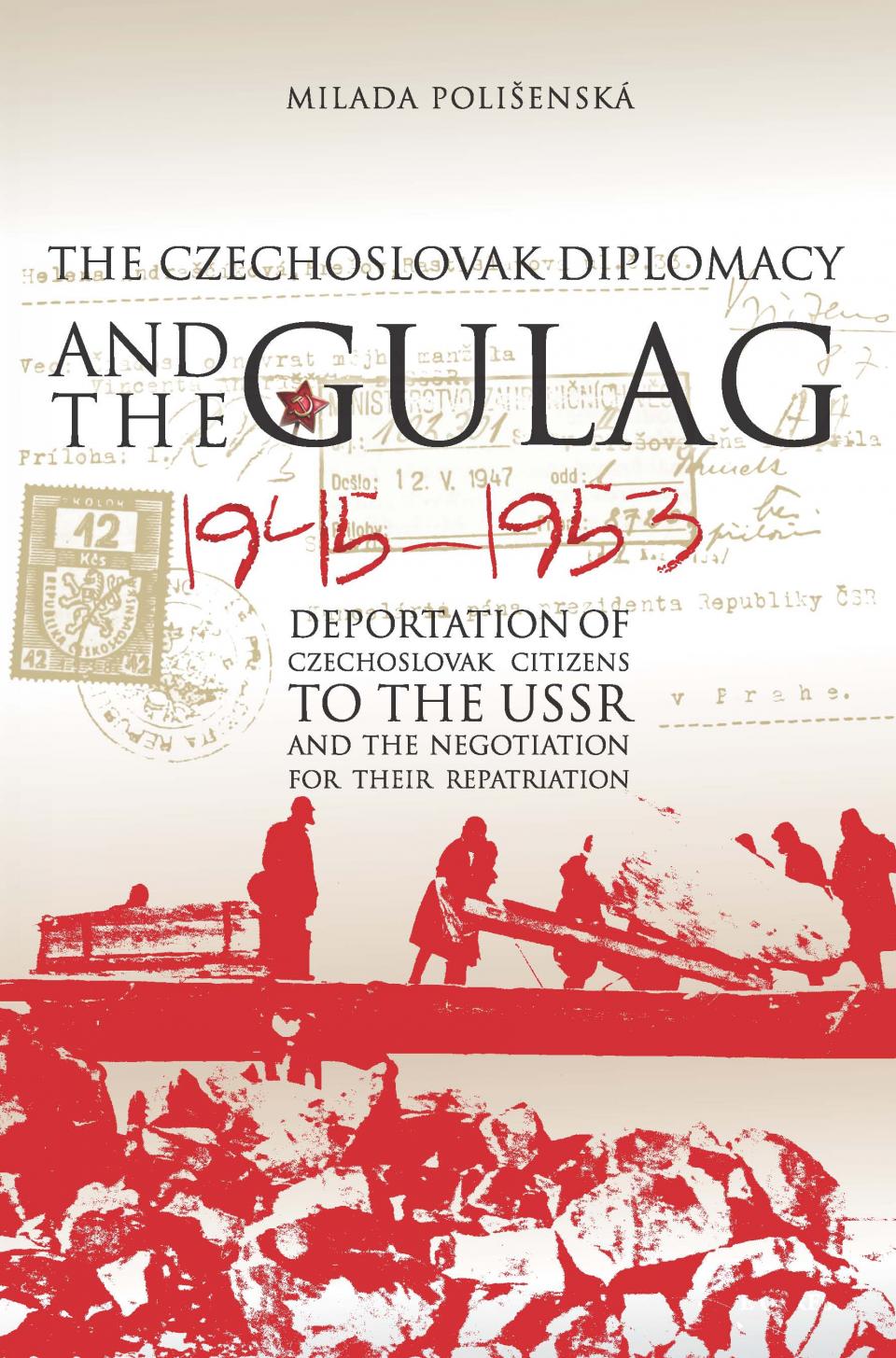 After the entry of the Red Army into Czechoslovak territory in 1945, Red Army authorities began to arrest and deport Czechoslovak citizens to labor camps in the Soviet Union. The regions most affected were Eastern and South Slovakia and Prague. The Czechoslovak authorities repeatedly requested a halt to the deportations and that the deported Czechoslovaks be returned immediately. It took a long time before these protests generated any response.

The Czechoslovak Diplomacy and the Gulag focuses on the diplomatic and political aspects of the deportations. The author explains the steps taken by the Czechoslovak Government in the repatriation agenda from 1945 to 1953 and reconstructs the negotiations with the Soviets. The research tries to answer the question of why and how the Russians deported the civilian population from Czechoslovakia which was their allied country already during the war.

PART ONE: POLITICS AND DIPLOMACY

2. Czechoslovak and Soviet information and arguments in 1946
Jan Masaryk: instructions for Ambassador Jiří Horák
Problems in getting exact information
The Minister of Foreign Affairs and the summary list of deportees
The USSR throws doubt on the Czechoslovak lists and Soviet data
The Czechoslovak Delegation for the Liquidation of War Damage
Efforts at obtaining reciprocal information about those arrested and imprisoned
Slovaks from Hungary interned in the USSR and their repatriation
Vladimír Outrata’s memorandum
Updating of the lists in 1946
Members of the Slovak Technical Division
The deported inhabitants of the Hlučín region
Attitudes towards the deportations and public opinion
The intervention of the Czechoslovak Embassy in Moscow
Horák’s intervention with Vyshinsky 21 March 1946
The material summarised by the Ministry of Foreign Affairs on 19 April 1946
Uncertainties about information received from Envoy Chichaev
“The Great June Repatriation”
Czechoslovak–Hungarian relationships and repatriation
Ambassador Horák urges a final solution to the repatriation
The lists and instructions
Spišiak, Čatloš and co.
The lists and nationality
Complex versus selective – two concepts of repatriation, and the decree of the Ministry of the
Interior of 26 September 1946
Vladimír Outrata: instructions for intervention
Clementis’s memorandum
Horák’s intervention with Vyshinsky on 29 December 1946

2. The repatriation camp Marmaros Sziget in Romania
Screening of Slovaks and Hungarians in Sziget and the ethnicity criterion
The Czechoslovak plenipotentiary in Sziget
The handing over of the transports to Czechoslovakia and the lists of repatriates

Excursus: Czechoslovak diplomats in Moscow in charge of the repatriations agenda
Ambassador Jiří Horák: ethical realist
His Excellency Comrade...
“As a Communist, first I was alone like a soldier in the field”: Miloš Krno
“A gift from the Lord or, Not everything was a joy to me”: Václav Vaško
Career diplomats, Communist apparatchiks, and the repatriation agenda

III. THE OFFICIAL TERMINATION OF REPATRIATION AND THE EPILOGUE

2. The repatriation obligations of the USSR and international diplomacy
The initiative of the governments of the USA, Great Britain and Australia
Viliam Široký’s documentation for the General Assembly of the United Nations
The British note of 14 July 1950

3. The return to Czechoslovakia of deportees and prisoners from the USSR after the official termination of repatriation
Twenty-six prisoners-of-war and internees
The case of the inhabitants of Nižný Medzev
Other repatriations, interventions and ethnicity issues
Exchange of Czechoslovak passports in 1951
Repatriation following the death of Stalin
The repatriation of a Hungarian prisoner-of-war in 2000

4. Other dimensions of repatriation diplomacy
The Volhynian Czechs
Other repatriation agenda
The categories of persons applying for resettlement in Czechoslovakia

PART TWO: CZECHOSLOVAKIA AND ITS INHABITANTS AS THE VICTIMS OF DEPORTATION

I. DEPORTATIONS FROM SLOVAKIA

2. Personal stories of deported civilians
Written sources and oral history
The case of Gejza Pásztor
MUDr. Viktor Fiedler
The inhabitants of Veľký Blh
Deportation of the inhabitants of Hrhov
The case of Rudolf Stybar of Košice
Chmeľnica u Staré Ľubovně
Stará Ľubovňa
Further collective initiatives by Slovak women and the search for influential interventions
The case of Ján Antal
The death of Vladimír Tomiška
Other examples

3. Prisoners-of-war, auxiliary help and the Levente
The men from the parish of Zeleneč
More intervention initiatives
Students from Banská Bystrica and Zvolen, and the case of Dušan Slobodník

II. OTHER DEPORTATIONS FROM CZECHOSLOVAKIA TO THE USSR

Excursus: Camps for White Émigrés - especially dangerous criminals
Regulation no. 416-159 (top secret) of the Council of Ministers of the USSR of 21 February 1948
Instructions about the regime for prisoners in special camps of the MVD of the USSR

3. Czechoslovak Silesia: Teschen and the Hlučín and Kravaře regions
Volksdeutsche
Some life stories

III: COMPENSATION FOR THE DEPORTEES

3. Compensation in the Czech Republic
An open letter from Vladimír Bystrov to the Czech National Council and the establishment of the They were the First Committee
Agenda of deportation under the Attorney General, Ministry of Justice and Ministry of the Interior: 1993-2001
Initiatives of the They were the First Committee and the path to the enactment of compensation: 1995-2002
9 April 2002: Act no. 172 concerning compensation for persons abducted to the USSR or to camps run by the USSR in other states
Processing of compensation and the outcome

1. The number of Czechoslovak citizens deported and the number repatriated at the end of World War II and in the post-war period: estimates in publications
Number of deportees and of repatriates from Slovakia
Number of deported and repatriated from the territory of today’s Czech Republic
Entire number of Czechoslovak citizens in the Gulag
Comparison with deportations from Poland and from Hungary

"Overall, this is a highly important contribution to scholarship on Soviet relations with those East Central European states that became Communist party dictatorships and on the continued tragic consequences of the war in the early post-World War II era."