The Convolutions of Historical Politics 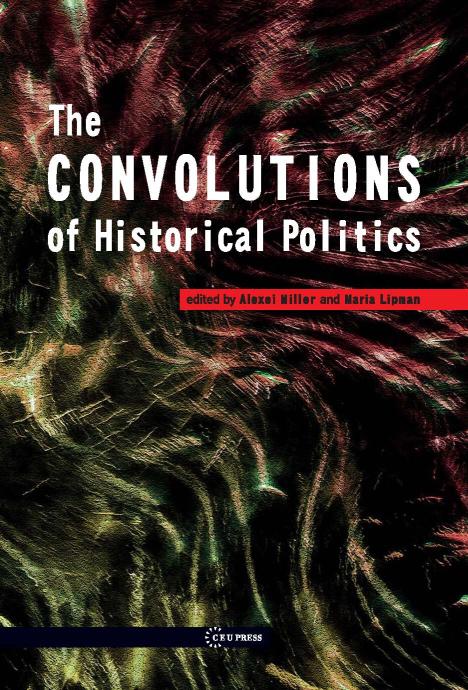 Thirteen essays by scholars from seven countries discuss the political use and abuse of history in the recent decades with particular focus on Central and Eastern Europe (Hungary, Poland, Estonia, Moldova, Ukraine, Russia as case studies), but also includes articles on Germany, Japan and Turkey, which provide a much needed comparative dimension. The main focus is on new conditions of political utilization of history in post-communist context, which is characterized by lack of censorship and political pluralism. The phenomenon of history politics became extremely visible in Central and Eastern Europe in the past decade, and remains central for political agenda in many countries of the regions. Each essay is a case study contributing to the knowledge about collective memory and political use of history, offering a new theoretical twist. The studies look at actors (from political parties to individual historians), institutions (museums, Institutes of National remembrance, special political commissions), methods, political rationale and motivations behind this phenomenon.

Stefan Berger: German History Politics and the National Socialist Past

Alexander Astrov: The “Politics of History” as a Case of Foreign-Policy Making

Andrei Cusco: Politics of memory and politics of history in post-Soviet Moldova

Şener Aktürk: Politics of History in Turkey: Revisionist Historiography’s Challenge to the Official Version of the Turkish War of Independence

Jeff Kingston: The Politics of History in Contemporary Japan

"While not all the pieces in this edited work directly challenge the common causal presumption that mnemonic narratives precede their political utilisation, the idea nevertheless constitutes a powerful thematic touchstone. In this paradigm elites become strategic creators of historical discourse, and not merely consumers of its organic unfolding. However, allowing that he above constitutes an accurate portrayal of what has been taking place throughout the erstwhile Warsaw Pact and Soviet Bloc states since the early to mid-2000s, the question of why Janus-faced polictics rose to prominence precisely when they did remains. One can only hope that this fine work portends a rising tide of similar efforts that will consider seriously the complex dynamics behind the rise to promincence of historical politics in the postcommunist milieu."

This is the first thoroughly conceived analysis of practices, actors and institutions of historical politics in Eastern and Central Europe. Based on long term research and seen against the background of the evolution of politics of history in some other major countries of the world in the second half of the twentieth century, this remarkable collection of articles is to be highly recommended to all those who are painfully aware of the particular complexity of the link between history, politics and ‘collective memory’ in post-Soviet Eastern and Central Europe.

"This collection of essays of great interest to historians and political scientists because of its efforts to examine 'actors, institutions and political strategies involved in political use/abuse of historical issues and collective memory'. Readers learn in particular about the efforts of states with varying degrees of democratic pluralism to go beyond simple intervention in textbook writing. This volume is guaranteed to spur specialists and general readers alike to reflect on the ways in which history is mobilized to serve different ends as well as on the limits of its manipulation."

This volume provides essential insights into the enduring importance of the contested past in institutionalized democracies like Germany and Japan, in fragile democracies in Eastern Europe, and in hybrid regimes like Russia. It is a very timely book: if the current crisis in European integration deepens, it may undermine the advances in historical reconciliation in 'Old Europe' at the national and inter-state levels and further exacerbate the politicization of history in Eastern Europe and Russia. Acrucial method to offset this threat is to understand the complex sources and character of divisive historical politics in the post-communist era. This outstanding work provides the conceptual tools and empirical detail to accomplish this essential task.

The Convolutions of Historical Politics is the first comparative study of the politics of memory in contemporary Eastern Europe. Putting a range of East European case studies in a wider pan-European context, this excellent collection of essays shows how and why history politics has recently re-emerged as a major element of foreign and domestic policies in Eastern Europe. Contributors explore the ways in which multiple agents and institutions construct and disseminate historical narratives not only within, but also across national boundaries. The essays highlight both broad common trends, as well different specific approaches to instrumental uses of history, and thereby make a major contribution to the study of memory politics from a transnational perspective.