From Class to Identity

The Politics of Education Reforms in Former Yugoslavia 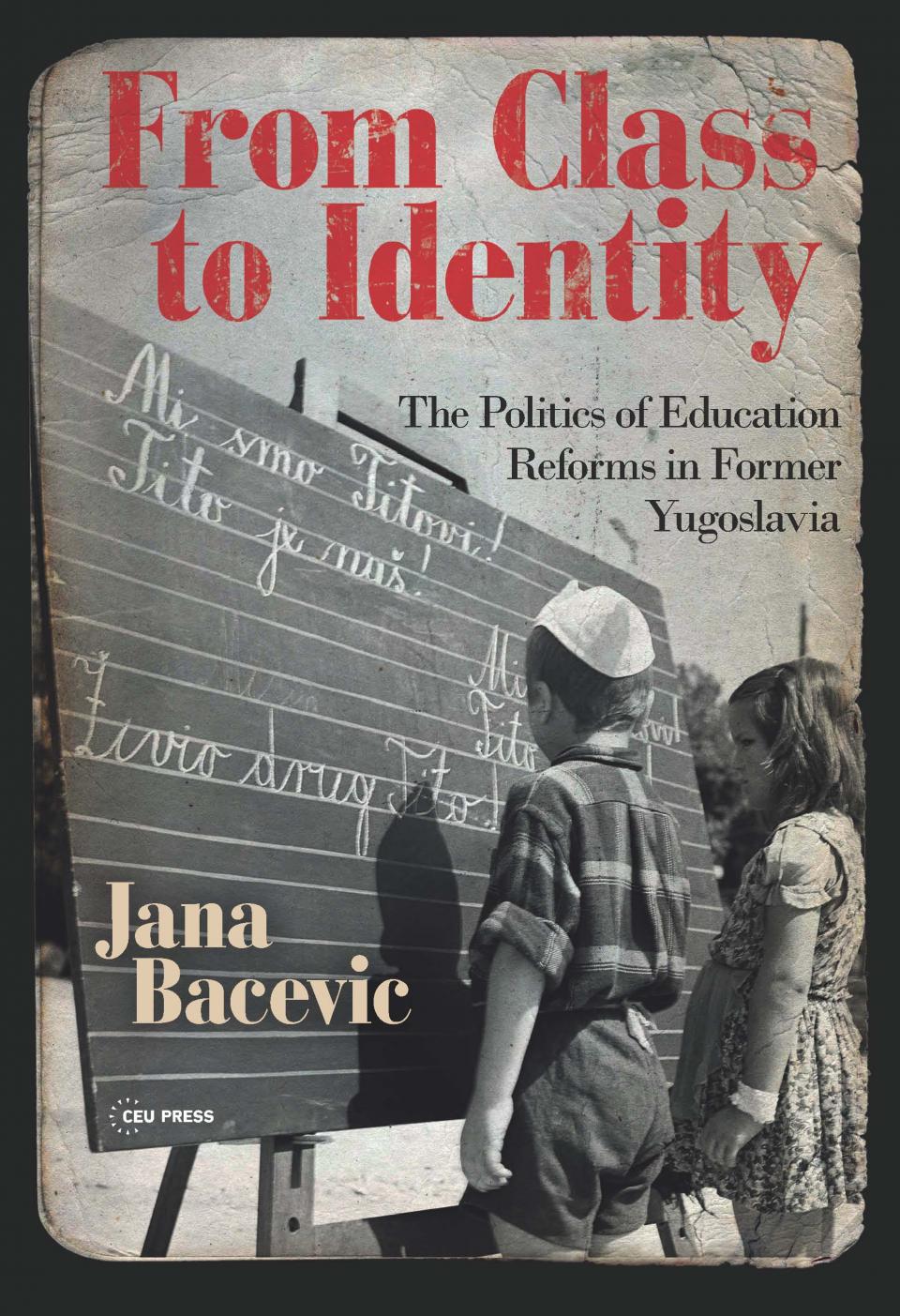 Jana Bacevic provides an innovative analysis of education policy-making in the processes of social transformation and post-conflict development in the Western Balkans. Based on case studies of educational reform in the former Yugoslavia - from the decade before its violent breakup to contemporary efforts in post-conflict reconstruction - From Class to Identity tells the story of the political processes and motivations underlying each reform.

The book moves away from technical-rational or prescriptive approaches that dominate the literature on education policy-making during social transformation, and offers an example on how to include the social, political and cultural context in the understanding of policy reforms. It connects education policy at a particular time in a particular place with broader questions such as: What is the role of education in society? What kind of education is needed for a ‘good’ society? Who are the ‘targets’ of education policies (individuals/citizens, ethnic/religious/linguistic groups, societies)? Bacevic shows how different answers to these questions influence the contents and outcomes of policies.

Chapter 5. Conclusion: education after Yugoslavia
5.1. Shifting framework: from government to governance
5.2. Shifting focus: from class to identity
5.3. Continuity and change
5.4. Beyond Yugoslavia: what is to be done?

"It would be pretentious to say that Yugoslavia serves as an ultimate historical lesson for the future, and it would be overly optimistic to expect that anyone learned their ‘lesson’, but it is clear now that the Yugoslav example has informed theoretical thinking, and influenced a formation of conceptual constructions concerning topics such as social conflicts, political actors, ideologies and so on. Jana Bacevic’s book inscribes itself into this conceptual space with one of the most consistent and clarifying interdisciplinary insights into the structures, processes and twisted logics of the Yugoslav episode in recent European history. The fact that the book is focused on and by education contributes much to the precision of hypotheses and assumptions in the book. At the same time, such a perspective proves to be especially rewarding as it enables the author to dispense with the abundance of clichés, simplifications and other more or less ideologically fashioned ‘explanations’ of... more

"...a valuable and refreshing contribution to the study of education policies in former Yugoslavia and the correlations between conflict and education in general; an inspiring piece of writing crucial for anyone interested in the region and/or the topic at large."

"The best book I have read on the interactive relationships between contexts— economic, political, social—and educational policy. Gracefully written, theoretically nuanced, and methodologically sound, Jana Bacevic shows how education became central to efforts to stabilize a disintegrating economy in Yugoslavia before its dissolution and how it remained a critical dimension in the struggles over religious influences and ethnic identities in the countries of the former Yugoslavia. She reveals how education policies in turn had consequences beyond schools and universities, a process that made, and continues to make, education central in societies around the world. Set in the Balkans, her story resonates globally, whereever education becomes intertwined with economic development, social change, religion and ethnicity, and national identity. A must read!"

"From Class to Identity is innovative, the research contained within is thorough, and the prose is clear... The work is interdisciplinary and has the potential for broad application. Moreover, the content offers an important point of departure in discussions on the roles of ethnicity and education in Yugoslav and post-Yugoslav contexts. Should anyone be interested in reading a nuanced and detailed account of the events leading up to the Yugoslav wars, or desire to learn about the enduring legacy of ethnicity in the Yugoslav successor states, From Class to Identity is a must read."

"Bacevic's From Class to Identity comes as a breath of fresh air, exploring the very relevant question concerning the interplay between education and conflict. Bacevic's point is very much on mark: studies examining discourse in textbooks have been more than plentiful, while studies of the actual education policies have been largely absent to-date. The book will speak to scholars of education and education policies more generally, as it povides a thorough and insightful analysis of the dynamics of edication policies and their (sometimes unplanned) consequences spanning almost forty years, through periods of communism, transition/war, and democratization."