Serbia in the Post-Milošević Era 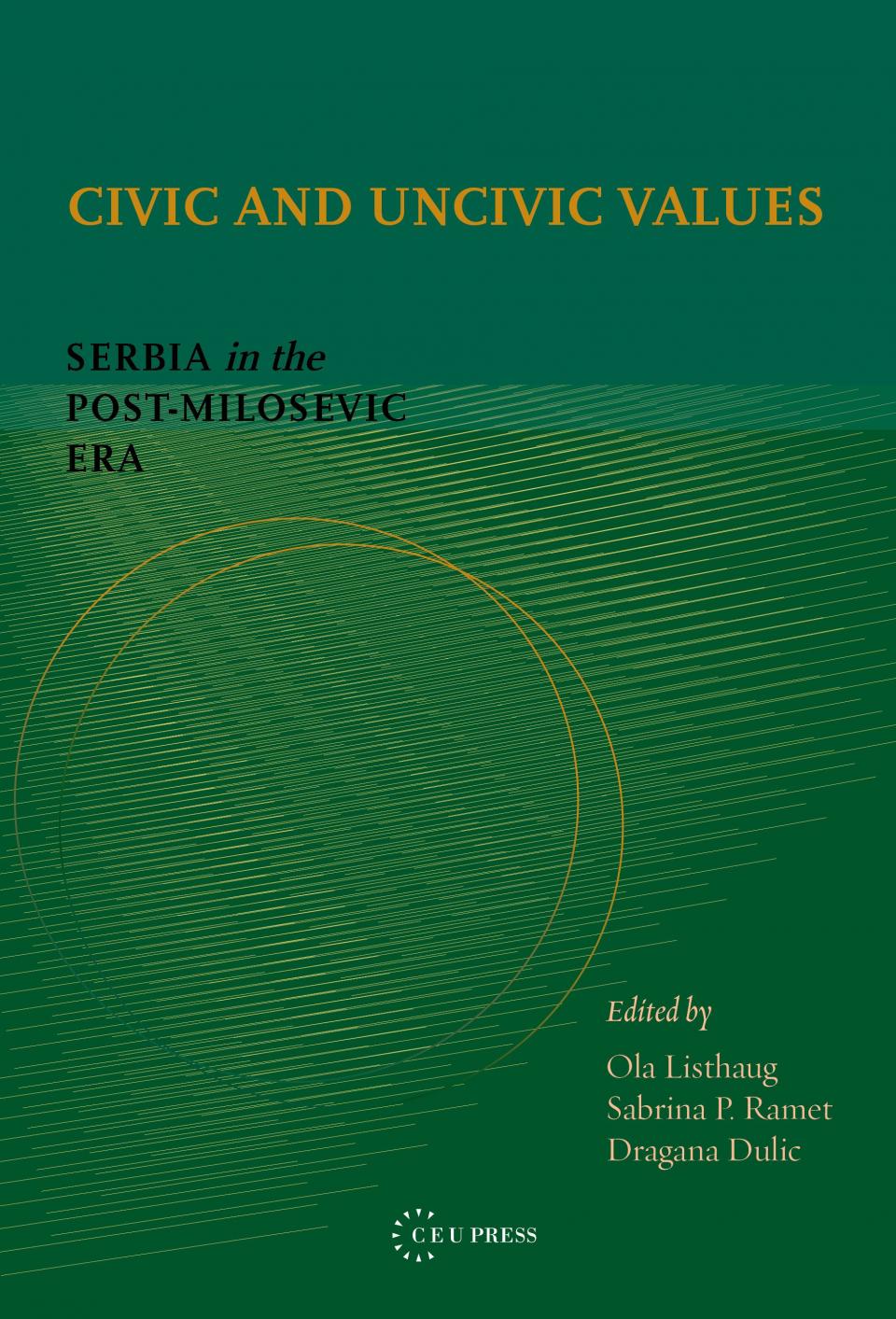 Discusses Serbia’s struggle for democratic values after the fall of the Milošević regime provoked by the NATO war, and after the trauma caused by the secession of Kosovo. Are the value systems of the post-Milošević era true stumbling blocks of a delayed transition of this country? Seventeen contributors from Norway, Serbia, Italy, Germany, Poland and some other European countries covered a broad range of topics in order to provide answers to this question. The subjects of their investigations were national myths and symbols, history textbooks, media, film, religion, inter-ethnic dialogue, transitional justice, political party agendas and other related themes.

The authors of the essays represent different scholarly disciplines whose theoretical conceptions and frameworks are employed in order to analyze two alternative value systems in Serbia: liberal, cosmopolitan and civic on the one hand, and traditional, provincial, nationalist on the other.

"The contributors to this volume demonstrate how traditional, provincial and nationalist values, referred to as uncivic, still obstruct the European aspirations of the biggest republic of the former Yugoslavia. In that respect, the authors adopt an analytical approach to examine the impact of civic and uncivic values in a variety of Serbian societal and political contexts... It seems reasonable to assume that the book will be of interest to an audience beyond just academia. I most warmly recommend this volume as an extremely useful and engaging addition to the literature in the field."

"The volume is largely successful in offering a useful guide to “the struggle for values in Serbia”. It is admirable that it includes contributions by those who are in a sense fighting in the very trenches of Serbian politics, but if the main utility of such volumes is in providing a useful map of the struggle, then the “view from the trenches” might not be too useful. A number of contributors in this volume tend to vacillate between outlining and analyzing, on the one hand, and anguished lamenting on the other. This reviewer tends to share their values and condemn the same enemies but finds the more judgmental chapters less useful for navigating the battlefi eld than the chapters that try to abstain from overt judgments. The best are those that are both in the trenches and able to rise above them for a more synoptic survey of the battlefield. A number of contributors do that admirably. Even better, when such a trench-fighter as Čolović analyzes his own ironic distance we get a... more

"The overall thesis of the book is straightforward: unless Serbia moves from the uncivic values which still dominate public space and discourse, toward civic values, the prospects for democratic consolidation and liberal democracy in Serbia remains dim. The system of uncivic values, which flourished under the ancien régime (under Milošević), nationalism, irredintism, chauvinism, is still well and alive after 12 years of transition in Serbia. All things considered, this is well written and well researearched volume which can be read by wider audience, becond just academic community"