Carrying a Secret in My Heart 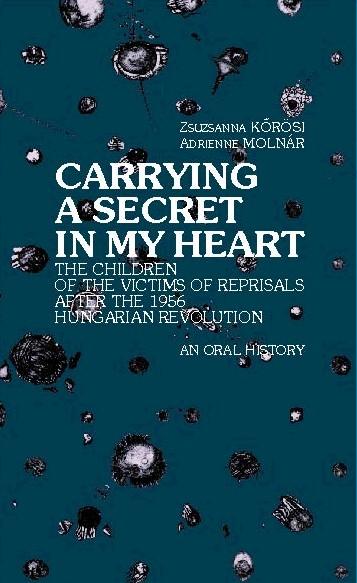 For a decade now, the authors have been conducting interviews for Hungary's Oral History Archives, with the children of those Hungarians - national heroes, as they are generally seen today - who were imprisoned or executed for their involvement in the 1956 revolution. The vast body of material that has been collected, and is now at the disposal of sociologists, psychologists and others in the academic community, forms the basis of this volume.

This is a documentation of memories of the revolt and, more particularly, its aftermath. The virtually spontaneous twelve-day uprising exerted a lasting effect on the fates of the families of the more than 20,000 who were imprisoned and 229 executed by the régime in the harsh reprisals that followed the crushing of the revolution (the last of them as late as the early 1960s), with active police surveillance extended to tens of thousands more. This intimidation, and the attendant social and economic devastation that it wrought, bore especially hard on the psyches, upbringing and education, and hence the subsequent opportunities and life courses of the children who grew up within those families.

The material is grouped by theme: e.g. the effects on communication within families, changes in social status, how relatives and friends reacted, and what sorts of problems these children encountered in pursuing their studies, in trying to assimilate into society as adults, and in relating to those fathers who did return. In an appendix, the editors present detailed biographies of the people most directly affected, offering an unparalleled glimpse into the fates of those they interviewed. The documentation includes letters that the children wrote to their imprisoned fathers and the farewell letters of the executed to their families.

"Uncertainty was part of our life"
"My father became increasingly important"
"Get dressed, you're coming with us!"

"My mother left no stone unturned"
"Life became extremely difficult"
"It was good that we could say goodbye"
"There was dad, in prison clothes"

Communication within the family

"At home we talked openly"
"If something becomes a taboo it is gradually buried"
"Why did she keep it a secret?"
"I didn't dare open up"

"Our family was different"
"The repression was so strong"

Society and the family

The pressure of duality

"In my case it was pride"
"I began to be confused"

"When will he come back?"
"It was hard for dad to get used to everyday life"