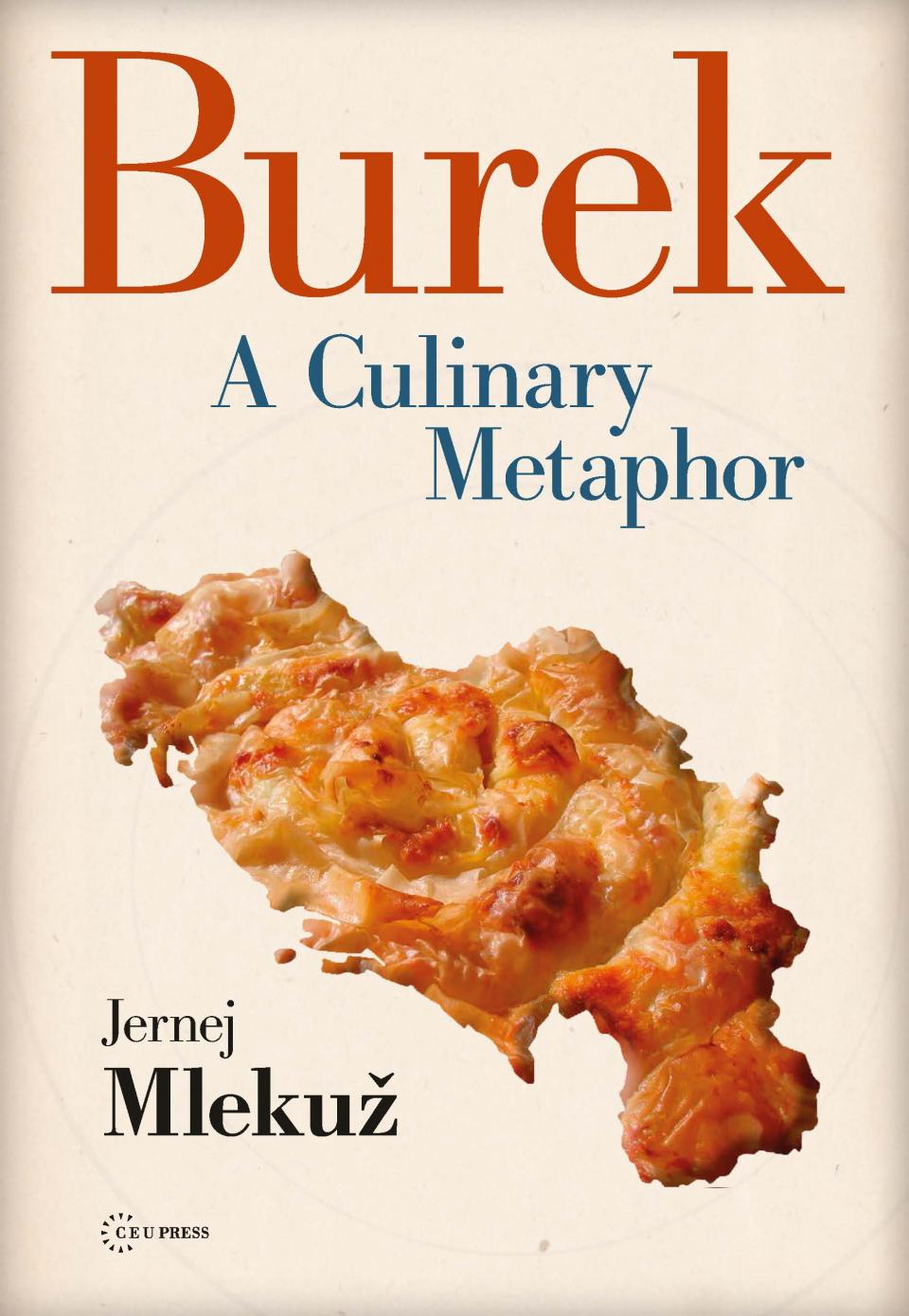 “As simple as burek” is a popular phrase used by many young people in Slovenia. In this book Jernej Mlekuž maintains that the truth is just the opposite. The burek is a pie made of pastry dough filled with various fillings that is well-known in the Balkans, and also in Turkey and the Near East by other names. Whether on the plate or as a cultural artifact, it is in fact, not that simple. After a brief stroll through its innocent history, Mlekuž focuses on the present state of the burek, after parasitical ideologies had attached themselves to it and poisoned its discourses. In Slovenia, the burek has become a loaded metaphor for the Balkans and immigrants from the republics of the former Socialist Federal Republic of Yugoslavia. Without the burek it would be equally difficult to consider the jargon of Slovenian youth, the imagined world of Slovenian chauvinism and the rhetorical arsenal of advertising agents when promoting healthy foods.

In this analysis, Mlekuž refers to the burek as the “metaburek.” All at the same time it is greasy, Balkan, Slovene, not-Slovene, Yugoslavian, familiar, foreign, the greatest, the worst, disturbingly unhealthy, plebeian, junk food, and finally, a cherub (burek spelled backwards is kerub, the Slovene word for cherub). And this metaburek, the protagonist of this book, is never a completely pure, innocent, unconditioned burek. It is much more.

A word of warning: after consuming this text, the burek will never be the same.