The Birch Grove and Other Stories 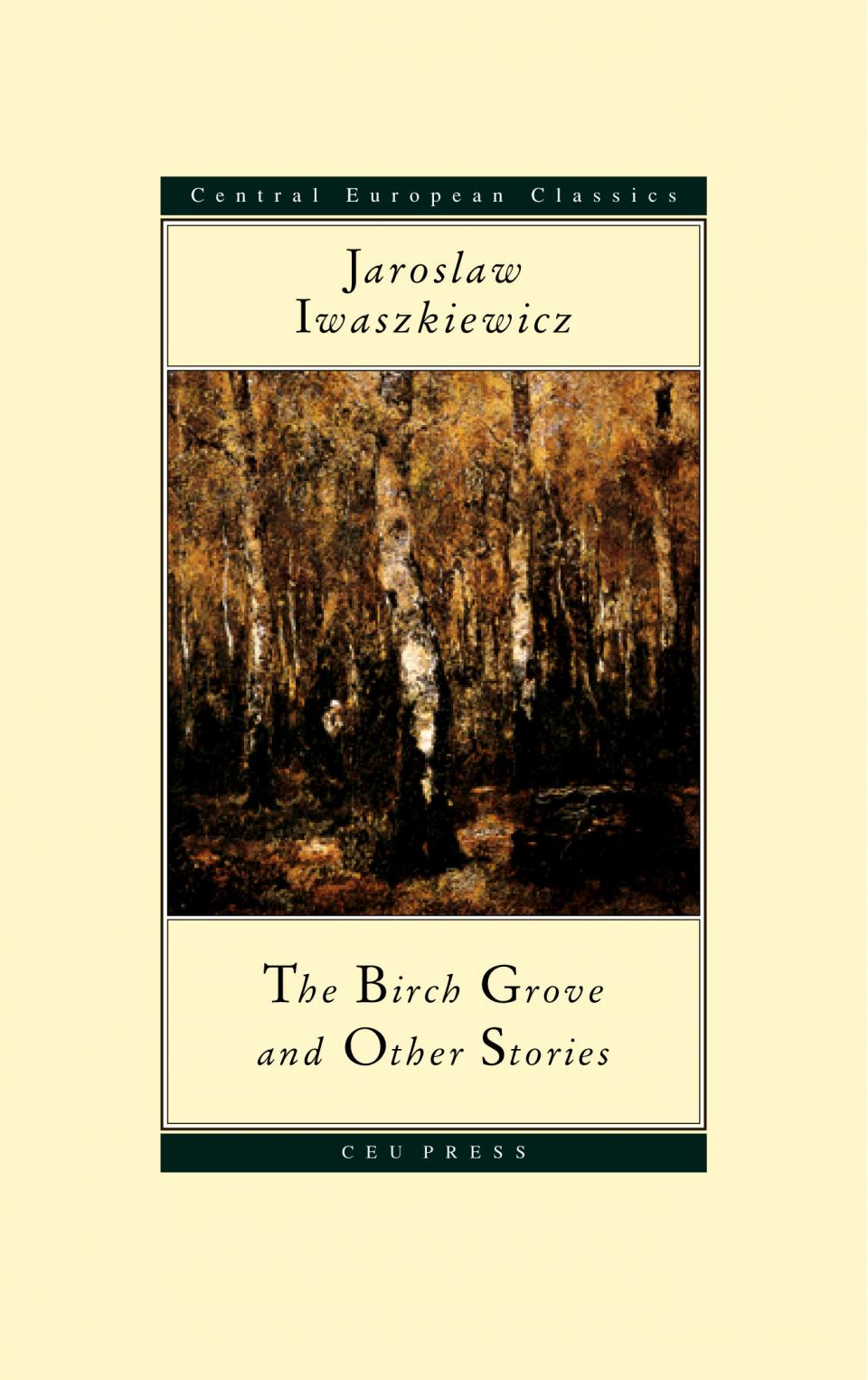 Jaroslaw Iwaszkiewicz's work is familiar to every Polish reader, yet remains unknown to the outside world. The stories in this selection were all written in the 1930s, and provide an extraordinary evocation of Poland's first brief era of independence between the wars. They are also timeless sonatas of love and loss.

In 'A New Love', Iwaszkiewicz uses masterful brevity to take a wry, comical look at the illusion of romance from the viewpoint of a jaded, cynical lover. One of his best-known works, 'The Wilko Girls', tells of a middle-aged man's quest to recover his lost youth in the aftermath of the First World War, which has left him psychologically scarred. He travels to the scene of his pre-war summer holidays in the eastern borderlands, where he renews his friendship with the fascinating sisters whom he knew when they were girls. But no one is the same and nothing can be as it was.

'The Birch Grove' is the moving story of a woodsman who, spiritually destroyed by the death of his wife, has buried himself away in an isolated forest. When his lively younger brother unexpectedly comes to stay, his self-centred peace is disrupted. But his brother has come home to die. The lives of two young men, one a deeply religious poet, the other a sceptical, worldly estate owner, are touchingly contrasted in 'The Mill on the River Utrata'. Confirming these stories' central place in Polish cultural history, 'The Wilko Girls' and 'The Birch Grove' were made into classic films by Andrzej Wajda, Poland's leading director.

"Themes of these stories are the opposition eros/thanatos, old/young, jealousy, the prime impulses of humanity. His scenery is the Polish countryside with its noblemen and peasantry. His technique is modern, mingling past and present with flashbacks."

"The short stories included in The Birch Grove and Other Stories are some of his most famous writings. In Antonia Lloyd-Jones's excellent translation, the works retain their rooting in the lucid Realist style, with a tinge of hypnotic Modernist estrangement. As Kolakowski sums up, the stories appear rather uneventful, but read en masse, they offer a 'melancholy affirmation of the world as it is... never directly expressed.' Some certainly captivated the celebrated film director, Andrzej Wajda, whose 1979 movie, The Wilko Girls, based on Iwaszkiewicz's story, was nominated for an Academy Award in the Best Foreign Film category in 1980. While the four stories cannot be reduced, of course, to being merely representations of 'love,' their strength lies in offering different readings of love, memory, aging, and death in the Polish fiction of the 1920s-30s that has been thus far unavailable in English."

"The four beautiful stories in The Birch Grove and Other Stories by Jaroslaw Iwaszkiewicz are written in the language of dreams that have come true: wistful and full of gentle melancholy. They are set in the rolling hills and forests of an idyllic but reorganizable rural Europe, sometime between the two World Wars … An explanation for Iwaszkiewicz's unexpected focus is offered in the introduction by the philosopher Leszek Kolakowski (written for this addition to the excellent series of Central European Classics, whose aim is to show the West the genius of the other, Eastern Europe, hidden for half a century behind the Iron Curtain). Kolakowski gives just enough thoughtful context and background to guide English-speaking readers to an understanding of an author whose work is familiar to every Polish reader, yet remains unknown to the outside world … As the Western and Eastern halves of a continent that has been divided by ideology finally prepare to reunite in the European... more