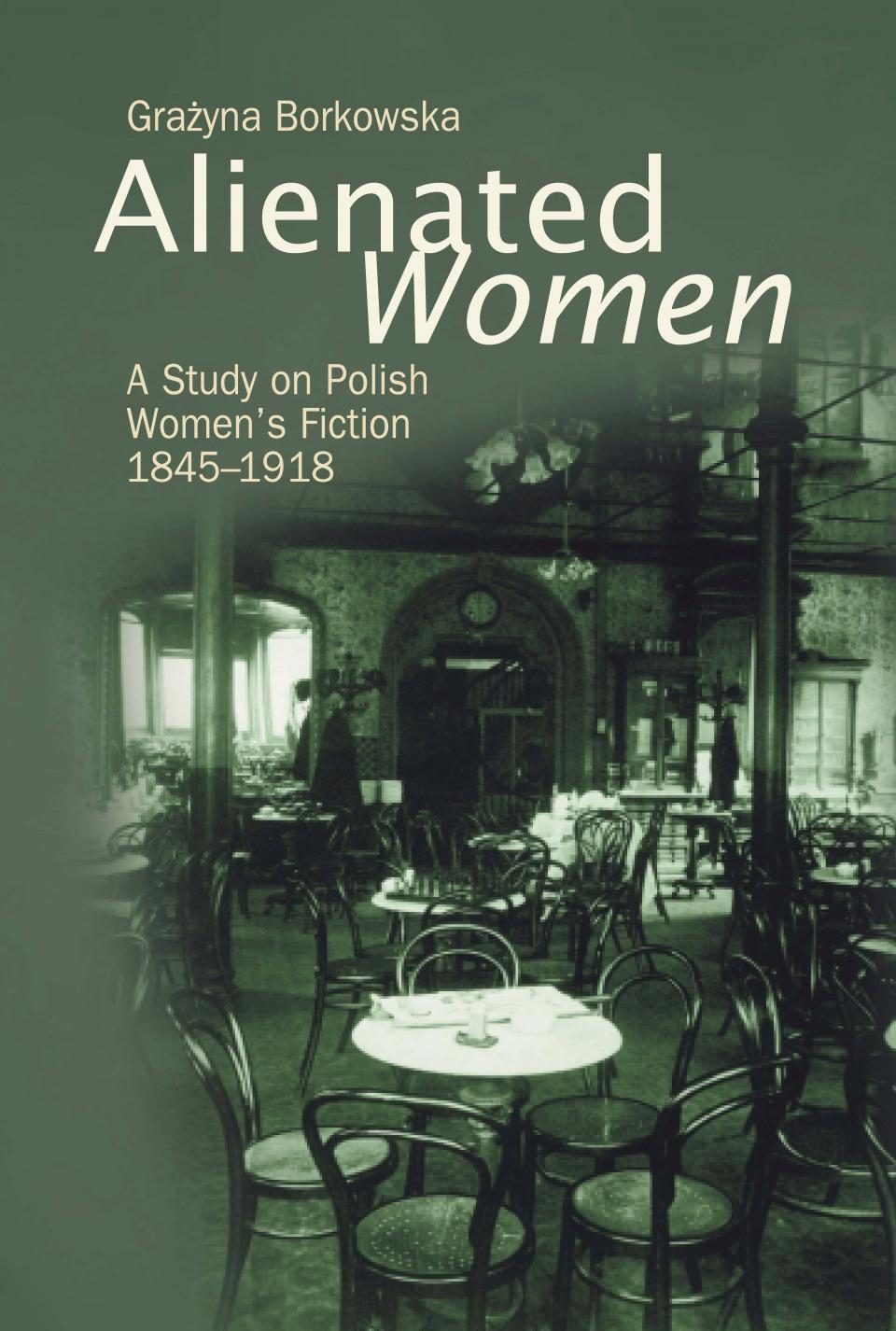 Women’s studies are still in their infancy in Poland and this pioneering book is one of the most comprehensive and well-researched studies on nineteenth-century Polish women prose writers. Selecting writers that reflect the most turbulent time in Polish women’s literature, such as Klementyna Hoffmanowa, Narcyza Żmichovska, Eliza Orzeszkowa and Zofia Nałkowska. Borkowska’s approach of major feminist theories and post-feminist thought results in astonishing findings that throw new light on Polish women writers and their contribution to European thought.

The author’s intelligent and effective use of feminist criticism and clarity of thought make Alienated Women a landmark study, suitable for (all students) and scholars of Polish literature, women’s studies and feminist theory.

Introduction: Feminist Criticism in Relation to Art and the Theory of Culture: A Short Review

Does there exist a subject of dispute?
Art as play (the “post-Freudian” psychoanalytic variant)
Art as a subjective act
Art as the reinterpretation of existing reality
Art as a place of personal contact
A stroll around the theme
Where do we stand?

Part 1: The Question of the “Enthusiasts”

Chmielowski was not the first
Two myths: the literary and the patriotic
The position of the historians
Women and history
Who were the Enthusiasts?
The feminism of the Enthusiasts

An espcially important text and an especially important person
Without precedent
Mistress and pupil—two biographies, two personalities
An ideal coincidence
The new situation
The parting of the ways
Oversight or treason
The strategy of the bee

Part 4: The Samaritan Woman at the Well

The problem of ownership
The negative answer
The link with Mickiewicz
The positive answer
The author and her sex
A woman of a transitional age
Conclusions
The family circle
Children and family life in centuries past (according to Philippe Ariès)
Family life (according to Zmichowska)
The lack of a father
The “Romantic” mother
Narcyza’s brain
Self-realization
The anti-martyrological trend and the “martyr’s plam”
Self-realization—continued
Psychoanalytic threads
From Pierre Leroux to psychoanalysis
The androgyne:”not to be a man, not to be a woman”
In conclusion: the story of Christ and the Samaritan woman

Part 5: Orzeszkowa and the Strategy of Self-Adjustment

Another generation, other modes of behavior
The rule and the exception—Konopnicka
Unspoken choices
Another model
Orzeszkowa
Moulding her biography
Ascetism and renunciation
Fiction by secondary writers
Images of the mother
Eros and Psyche
Calculations, results, conclusions: Orzeszkowa’s Parnassism
The strategy of self-adjustment

Part 6: Orzeszkowa: Self-Correction and the Problem of Limits

Signals of a change
Moments of revelation
From ascetism to ecstasy
Love
Other surprises
Where does this all come from?
Orzeszkowa’s corse

Part 8: A Comparative Reading of the Diaries of Zofia Nalkowska and Maria Dabrowska

"Focusing on women who tried to shed the `encumbering corset` of social, moral, and literary tradition, Borkowska contributes a new perspective on Polish letters."

"As the first comprehensive work on Polish women's prose in English, Grazyna Borkowska's Alienated Women is a milestone in Slavic women's studies.... provides a long awaited introduction to Polish writing for non-specialists, while offering compelling analyses of the works of some of Poland's greatest writers to scholars in Slavic women's studies."