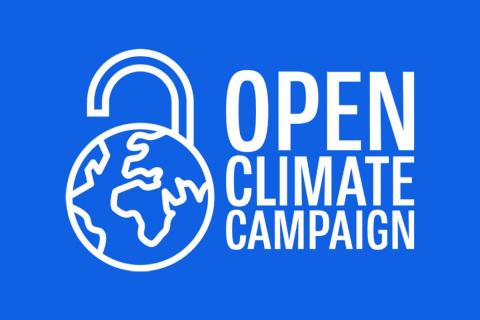 This week, Creative Commons, SPARC and EIFL announced the Open Climate Campaign that aims to make all research around the world on Climate Science and Biodiversity open access.

It is supported by CEU Press author Professor László Pintér who is quoted on the website as saying “Disruptions of the Earth’s climate system and the collapse of biodiversity demand science-based responses in unprecedented time frames. Restricting access to scientific knowledge that can help understand these problems and contribute to real solutions would be nothing short of self-defeating. Time for open access.”

The campaign itself was instigated by Dr Frances Pinter, Executive Chair of CEU Press. It was launched on the 30th of August having received planning funds from the Open Society Foundations and a new 4-year, $4-million (USD) grant from Arcadia Fund, a charitable fund of Lisbet Rausing and Peter Baldwin. Dr Pinter continues with the project as a member of the steering committee.

László Pintér is co-author with Jan Bakkes, Marion Cheatle, Nora Mžavanadze and Ronald G. Witt of Keeping the World’s Environment under Review: An Intellectual History of the Global Environment Outlook published by the CEU Press. The book is open access and freely downloadable.

We look forward to supporting the campaign further.