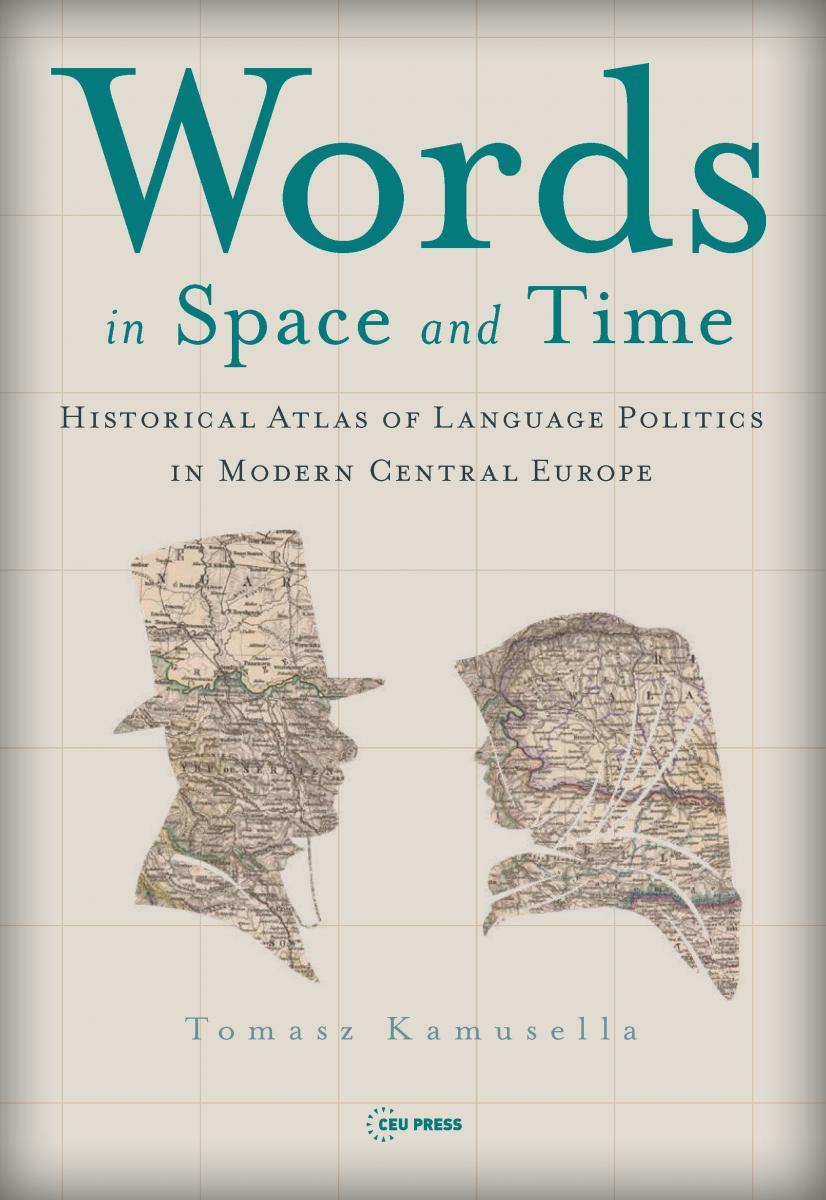 ARMENIAN THEMES ACROSS A VARIETY OF CEU PRESS PUBLICATIONS

This compilation features books of the Central European University Press, published since its establishment in 1993, that have some relevance to Armenia, its history and culture. After the latest release, titles in the backlist are arranged by content: contemporary topics are on top, older themes below. For more substantial information about the content and availability, please click on the covers of the book, or on the links inserted into the citations.

“Most surviving texts in the Golden Horde’s Turkic vernacular of Kipchak were recorded in the Armenian alphabet, as Armenian Christians acted as leading merchants for the realm and provided various specialist skills.”—Words in Space and Time.
“At the turn of the 18th century, Central Europe played an important role in the development of Ashkharhabar (Modern Armenian) that replaced the 5th-century Grabar (Classical Armenian).”
“The 1894–1896 genocide (‘massacres’) of Armenians in Anatolia is typically interpreted in national (that is, ethnolinguistic) terms, though the targeted populations were identified not through their language of everyday communication, but by the fact that they were the faithful of the Monophysitic Armenian Apostolic Church. Armenian-speaking Muslims were not touched by these killings, while Turkic-speaking Monophysites were.”
“In central and eastern Turkey gravestones and buildings with Armenian inscriptions remain silent witnesses to the 1915 Ottoman genocide of Armenians and Assyrians.”

“After the collapse of the USSR, the Russian Federation did not forget the strategy of asymmetry and continued to work in the same direction by testing (quite successfully) her capabilities in Nagorno-Karabakh, Tajikistan, and South Ossetia.”—The War in Ukraine's Donbas.
“Stars of the Russian Spring of 2014 continued to harbor pan-Russian romanticism and tried to reactivate itself by organizing veterans of the Russian Spring, exactly as Karabakh’s Movement-88 tried to stir up the citizens’ memory of 1988.”
“A volunteer from Armenia, when asked about the proportion between locals and external participants, stated that ‘the proportion in Donetsk is approximately 20 to 80 percent,’ where the majority of fighters are ‘Russians, Chechens, Ingush, Armenians.’”“In contrast to their Karabakh colleagues, the Donbas lawyers rely more upon the International Criminal Court than the European Court of Human Rights because the latter imposes a time limit for acceptance of complaints.”

“In some cases, like Armenia, the chief patron successfully achieves an autocratic breakthrough and establishes a single-pyramid system, but he is unable to achieve autocratic consolidation and is eventually overthrown” - from the momentous endeavor of analyzing post-communist regimes.
“Armenia was also close to a patronal autocracy, being able to withstand several revolution attempts but not being strong enough to carry out an autocratic consolidation. While the same patronal network gave two presidents to the country between 1998 and 2018, a proportionate electoral system allowed for a relatively strong opposition in the parliament.”
“After protests actively utilizing social media, Sarkisian agreed to a televised debate with the leader of the opposition, which lasted less than two minutes after he refused to resign. Responding to the protests, Sarkisian had to decide whether to use violence against the people. He decided not to, eventually stepping down in favor of Nikol Pashinian.”

“The Russian civilization state is constructed as a polysemic notion where at least two aspects can be analytically isolated: the homogenous notion of a ‘Russian cultural core’ and a form of cultural pluralism, or universalism that at the same time borders on a hegemonic supranationalism (as evident from the multiplicity of proposed hybrid identities such as ‘Russian Armenians’).”—from a book on constructing Russia as a supranational entity.
“An article in the popular tabloid Komsomolskaya Pravda explaining why Armenia supposedly prefers Russia to the EU cites an Armenian politician: ‘Gender equality, which the EU is imposing on us, is when a mother enters her bedroom and sees her husband in bed with her daughter. This is how it will end—with incest and pedophilia.’ Further down, two Armenian officers are portrayed as having a dialog, captioned: ‘We can cure a bribe-taking man but not a gay one’.”

The handling of the fate of Ottoman Armenians in today’s Turkish historiography is discussed in the forthcoming book on the political use and abuse of history in the recent decades.

Gorbachev wanted to show the President something pleasant: some of the letters and cables sent to him at the Kremlin. There was one from Yerevan, the writer said he had seen Reagan give his 1986 greetings to the Soviet people, and when his son was born, he had named him Ronald after the President. In accordance with convention, he asked Reagan to become godfather to his son. May, 1988
Face to face conversations of superpower leaders at the end of the Cold War on a thousand pages, also on paperback.
Bush wanted the General Secretary to know that his son and grandson had been deeply moved by their visit to Armenia. This had not been a political trip but rather a way to express how Americans felt about the enormous tragedy in Armenia. January, 1989
Bush : How is it now? Are your getting housing for the people?
Gorbachev : We have a program worked out, but we had to be sure that the new houses were protected against earthquakes. That doubled the cost. There have been some delays, but work is progressing well. Chernobyl cost 8–10 billion rubles, including compensation to people affected. Restoring Armenia cost 12 to 14 billion rubles. There has also been a drop in oil prices. All of the above means for the next five year period we have some difficult choices. December, 1989
Bush : I want to commend you on mediating the Azerbaijan-Armenia dispute.
Gorbachev : We will try to take precisely that approach to end that conflict. But it is hard to expect immediate results. The differences are large. November, 1991

Quotes from the seminal CEU Press publication on the collapse of the Soviet domination:
Gorbachev: The crisis in Georgia was not a bolt out of the blue. The whole country suspected that something was brewing there. Eduard Amvrosievich [Shevardnadze] drew our attention to this many times. The Georgians and Ossetians have a fiery temper, they are not like the Armenians. (Document No. 58: Session of the CC CPSU Politburo, April 20, 1989)
Gorbachev: These elections were exceptional in all our history. This is a major step in realizing the political reforms and the subsequent democratization of our society.
Soloviev: We have to work energetically not to fail in the regional elections. They want to take all the mandates and seize power.
Chebrikov: The colleagues who lost must be retained and supported. In Armenia and the Baltic states they are rocking the boat from two sides. In Armenia there were picket lines against party workers by the voting stations. They made blacklists. (Document No. 53: Transcript of CC CPSU Politburo Session, “Outcome of the USSR People’s Deputies Elections”, March 28, 1989)

A book on the demise of the Soviet empire. On 1989 October 11, Chernyaev commented in his diary after writing about the Azeri-Armenian conflict: “The civil war in the country has already begun.”

The impact that Radio Free Europe and the Voice of America did on Eastern Europe is analyzed with the help of original documents. The KGB seized one which included instructions to the Armenian editorial board: “Continue programs about political and public life in Armenia, its problems in the areas of economy, science, culture, arts, and literature. Several programs should be dedicated to the 48th anniversary of Soviet Armenia.”

“On the same day that the Ottoman Empire declared war on Russia in 1853, representatives of the Armenian community delivered a letter to the sultan, indicating their willingness to enter into government service, including military service.”
The nation-building processes within the Ottoman Empire are examined in parallel with related trajectories in other empires in Europe.
“The operatic life in centers such as Istanbul and Cairo was rich and built upon a mix of Armenian entrepreneurs, multi-ethnic audiences, and a laissez faire policy of the state regarding cultural institution building.”
“When a revolutionary Armenian movement developed in the 1880s and 1890s, its main impetus would come from the Armenians of the Russian Empire, who had developed their political consciousness in the context of Russian radicalism.”
“Beginning in 1915, Armenians were targeted for forced relocation, which was accompanied by a broad program of massacre and terror. The number of dead are hotly disputed, but were at least 800,000 and might well have been much more.”

The book on national identities in Transylvania quotes a 19th c. Romanian scholar’s bitter observation: “Where do we stand, we, Romanians, who enjoy more political independence than the Armenians and who have perhaps more schools, wealthy monasteries, learned men etc. than they do? A handful of people could take the pains to do what they have done, alone, while we, who are so many, do nothing!”

“In the arts, Armenians were mediators between the Christian and the Muslim worlds. Armenian artisans in Poland made weapons in the Turkish style.”
The renowned British scholar discusses the Renaissance in Italy, elsewhere in Europe, and in the world beyond Europe as a prime example of cultural hybridization, a process whereby something new that emerges from the combination of diverse older elements, where Armenians often played the role of facilitator.
“The Boimi chapel in Lviv was designed by a German architect from Silesia with the help of artisans from his own region together with Armenians from Lviv itself, where an Armenian community had been established by the late Middle Ages. At the time that the Boimi chapel was built, Armenian artisans (masons, painters and metalworkers) were at work in Istanbul and Isfahan as well as in the Ukraine, Poland and Moldavia. Italian artisans were working nearby at Zamość in Poland. Interaction between these groups led to the development of a local style that has been described by a Polish art historian as a richly decorated Netherlandish Mannerism which blended with oriental Armenian motifs and with a Venetian version of the Tuscan and Doric orders”.

An extraordinary 16th century woman spent the final phase of her life in Istanbul, where Armenians played an important role.

“An Armenian chronicle from 1556 reveals that, from the very beginning of his reign, Stephen Rareş, the Moldavian ruler, persecuted Armenian and Ottoman merchants, although as the document claims, the latter were in fact Jews living under Ottoman rule.”
A collection of studies proposes a new cultural history of the early modern coexistence of various communities.
In his letter to Mehmed II, pope Pius II “criticizes the Greeks, Armenians, Jacobites, and Maronites, saying that they cannot be considered Christians, as their beliefs are not consistent with the correct faith.”
“In 1542, Nicholas the Armenian, upon passing through Moldavia, recorded Rareş’s words about his Ottoman policy: . . . if I saw that a Christian king rose with power and faith against the Turks, I would join him with faith and help him with all my powers.”