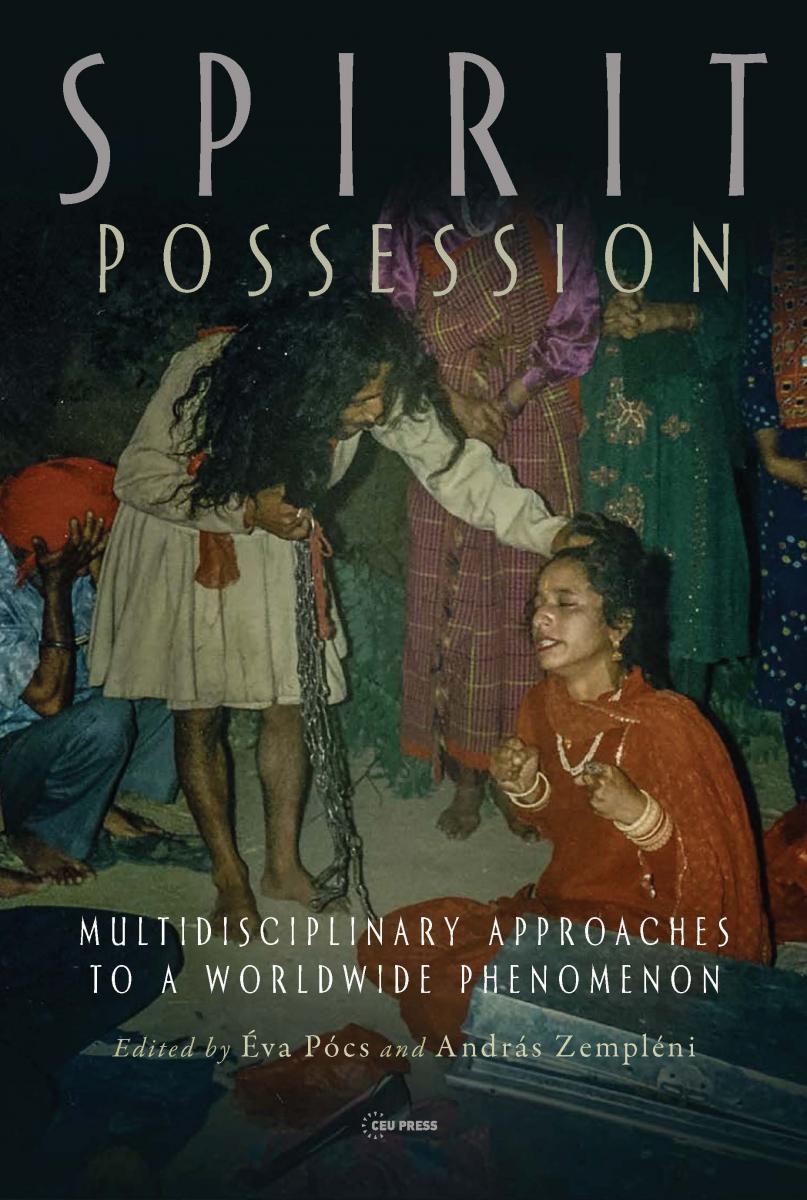 ISSUES OF ANTHROPOLOGY ACROSS A VARIETY OF CEU PRESS PUBLICATIONS

This compilation features books of the Central European University Press, published since its establishment in 1993, that have some relevance to anthropology. After the latest releases, you can find titles in the CEU Press backlist. For more substantial information about the content and availability, please click on the covers of the book, or on the links inserted into the citations.

“Western idioms of spirit possession abundantly described either by historians or contemporary ethnographers of Europe have never been compared systematically with those observed by anthropologists elsewhere in the world.”—Spirit Possession.
„This book is intended to build the first bridges between these curiously separated areas of research in order to reformulate some basic questions recently raised in comparative anthropology of spirit possession.”
„A workshop made it possible for participants to encounter colleagues from different continents who had studied possession phenomena in different cultural and historical contexts distant from each other and brought together anthropologists and historians working on several historical periods and in different European, African, South American and Asian culture areas.”—from the Introduction to the book that compares multidisciplinary approaches to a worldwide phenomenon.

“At the end of the 1960s, Soviet satellite nations underwent an idiosyncratic type of ‘consumer revolution’ which enabled communist parties to stabilize and lengthen their control over the region.”— Everyday Life under Communism and After.
“The ‘proletarian live-in kitchen’ as the center of the family’s life was replaced by a separate living room, as owning an automobile or spending the weekend at a plot of land outside of the city—originally bought mainly for the production of fresh fruit and vegetables but became over time a place for a second home and recreation—became increasingly common.”
“The first phase became famously known as ‘goulash communism’ while the second was dubbed ‘fridge socialism.’”
“The strategies used in raising a family or leading a household, as well as dress and cultural behavior, showed how customs originating in the interwar era were present and able to reappear, and subsequently demonstrate a relatively strong degree of continuity.”

“The creators of the Museum of the History of Religion were both revolutionaries and anthropologists. Most of them had gained their fieldwork experience when they were sentenced to a ten- to twelve-year exile to the Russian Far East by the tsarist regime for revolutionary activity. They were autodidacts, not professional anthropologists; they gradually became anthropologists in the field.”—Staged Otherness.
“Ethnic shows could appear all over the territory of the former Soviet Union, as happened in the summer of 2009 in Ulan-Ude, the capital of the Buryat Republic, when during the Altargana festival a ‘mini zoo’ was created in which representatives of the local Evenki people publicly demonstrated their traditions and (lost) culture for the majority Russian and Buryat population.”
“19th-century residents of the Polish territory, themselves used to the figures of the contredanse, the waltz, or country dances, perceived ‘Indian’ dance performances as based on no principles and as ‘weird’ in their violent intensity.”

“Throughout the country the only possible marriage was a religious one, according to twelve different canonical legislations. Just in Bosnia and Herzegovina, there were six different legislations, administered by six different canonical courts—Islamic, Christian-Catholic, Christian-Orthodox, Sephardic-Jewish, Ashkenazi-Jewish and Evangelical respectively.”—Making Muslim Women European.
“Unveiling women became the condition for the integration of Bosnian Muslims into the broader national community.”
“According to the official narrative, emancipation was a three-step process: Muslim women’s participation in the War of National Liberation, women obtaining the right to vote, and the banning of the veil by the newly established federated socialist republic of Bosnia and Herzegovina in 1950.”

Books in the series of CEU Press Studies in the History of Medicine:

“Six ethnographic studies about Roma published in the Russian Empire between 1878 and 1901, showed that the imperial Russian state deemed Gypsies ‘capable of civilization,’ and that the state must take on the responsibility of guiding and uplifting them. This approach starkly differed from that in Europe at the time.”— Constructing Identities over Time.
“Some ethnographic studies of the time accused the Habsburgs— and by extension European enlightened states—of irrational use of force and rushed decrees, without trying to fully understand Gypsy culture and traditions. In contrast, the patient and benevolent approach of the Russian Empire, as ethnographic accounts from the time suggested, had provided rational guidance, instead of force and coercion.”
“Roma groups in both Russia and Hungary internalized similar negative stereotypes and face a similar essentialized bad Gypsy image, yet the Russian community developed stronger communal ties and expressed pride in their culture.”